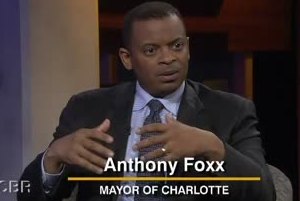 In the proclamation, Mayor Foxx saluted the Bosniak Americans living in Charlotte, the largest city in North Carolina, who have successfully integrated into the diverse Charlotte community. Furthermore, he stated that the 16th anniversary “raises awareness of the tragic suffering of the Bosnian people and honors and remembers those who died as a result of the policies of ethnic cleansing and genocide”.  Mayor Foxx thus proclaimed July 11, 2011 as Srebrenica Remembrance Day and the week of July 11, 2011 as the  Bosnia and Herzegovina Tribute Week.

On behalf of Bosniak families living in the state of North Carolina and the Congress of North American Bosniaks, Hamdija Custovic, CNAB spokesperson and President of the Carolinas Chapter of CNAB, sent a letter   to Mayor Foxx in which he thanked the mayor and the city of Charlotte for embracing the Bosniak community  and honoring the genocide victims.