Greg E. Fischer, Mayor of Louisville, Kentucky proclaimed July 11 as Srebrenica Remembrance Day in honor of the victims of the Srebrenica Genocide that occurred folowing the fall of the Bosnian town of Srebrenica to the Serbian forces led by the recently arrested war criminal general Ratko Mladic.  In the days following the fall of the United Nations designated “safe zone”, Serb forces brutally massacred more than 8,372 Bosniak civilians (mostly men and boys) and buried their bodies in mass graves throughout eastern Bosnia.  It remains the worst atrocity on European soil since the end of the Holocaust.

Mayor Fischer also proclaimed the week of July 11 – 17 as Bosnia and Herzegovina tribute week and urged all citizens to observe these proclamations.

Below are the copies of the proclamation: 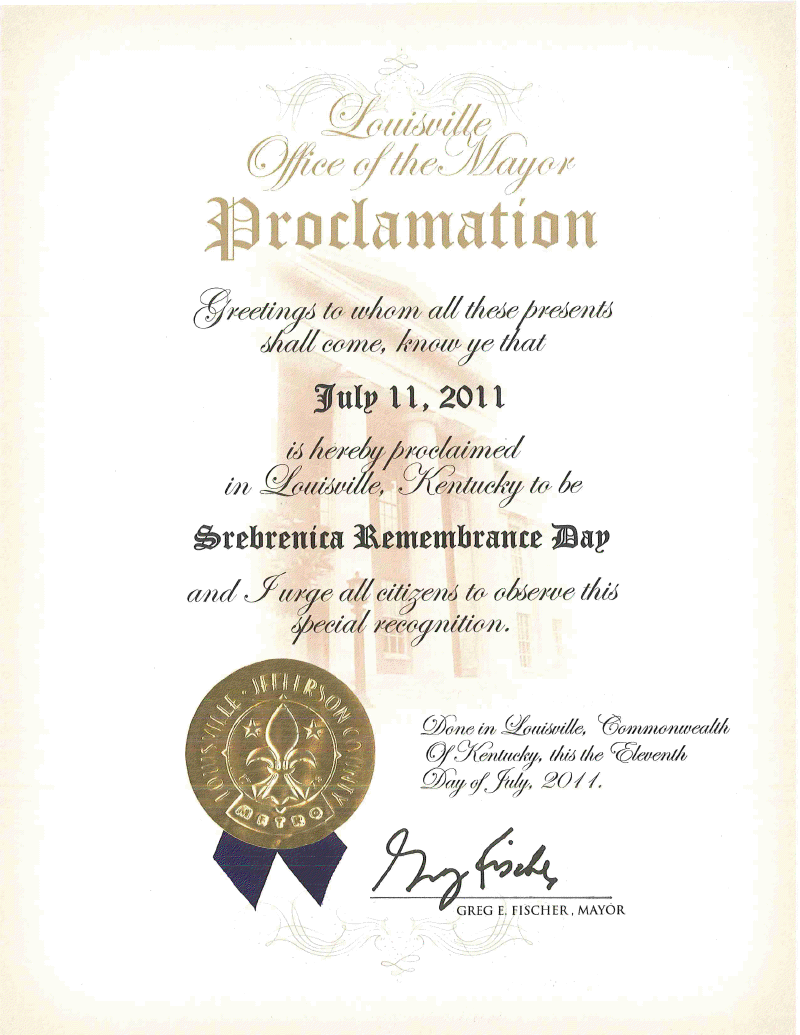 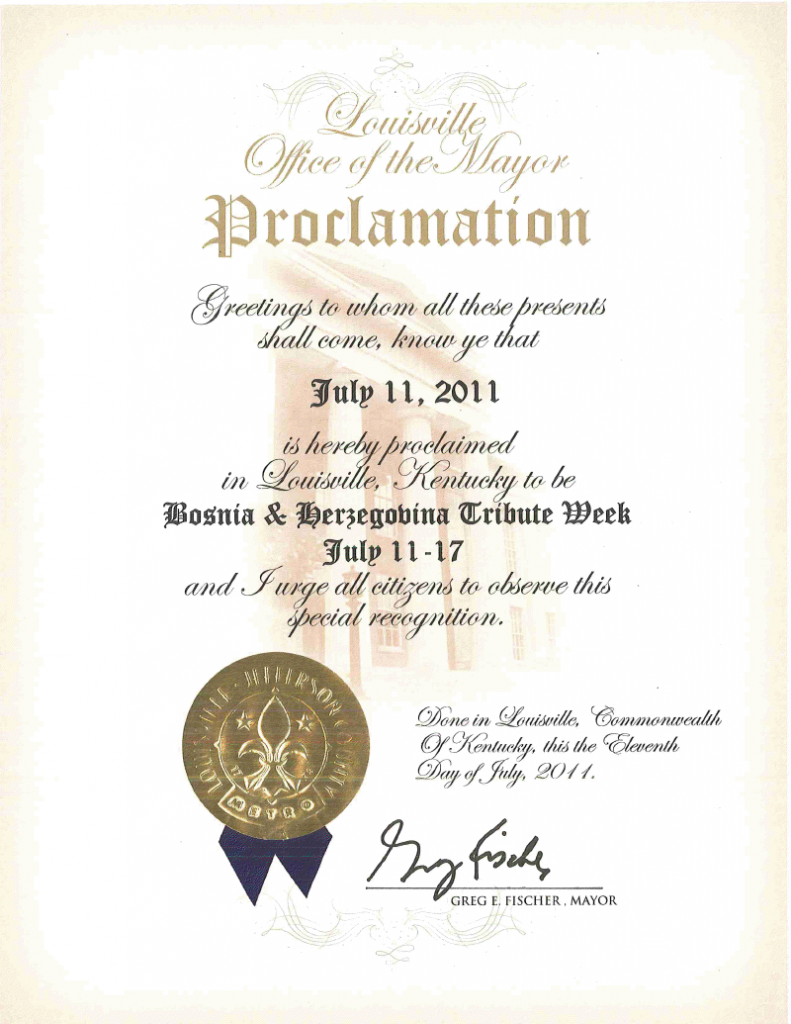