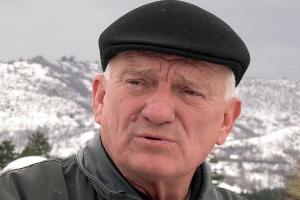 Congress of North American Bosniaks (CNAB), the Institute for Genocide Research Canada (IRGC), and the Bosnian American Institute for Genocide and Education (BAGI) are shocked and disappointed at the news of arrest of Jovan Divjak, former General of the Bosnian Army, in Vienna on Thursday.  General Divjak, is a patriot who served his country Bosnia and Herzegovina (BiH) honorably in the most critical time in the country’s history when it came under the attack from the forces of Serbia and Montenegro, then still under guise of the Yugoslav People’s Army, and the Serb ultranationalist paramilitary forces operating in Bosnia in 1992, following its declaration of independence from Yugoslavia in March of 1992.

General Divjak, a Bosnian Serb, served as the deputy commander of the Territorial Defense forces of BiH (precursor to the Bosnian Army) in the Sarajevo region and oversaw the defense of Sarajevo when it came under the attack of the Yugoslav National Army (JNA), at this point under full control of Serbian dictator and war criminal Slobodan Milosevic. Although there are no official reports at this time indicating why Gen. Divjak was arrested by Austrian authorities; it is reasonable to believe that it was due to an extradition warrant issued by Serbia for events related to the “Dobrovoljacka Street” case during the first days of the Sarajevo siege.  This is the same case that led to the arrest of former Bosnian president Dr. Ejup Ganic in London, and caused much uproar and controversy before it was rightfully found to be without merit by the UK High Court. Nevertheless, Serbia insists on pursuing this case claiming war crimes related to deaths of JNA soldiers who were allegedly retreating even though a full blown attack had been launched on Sarajevo a day earlier, followed by arrest of President of Bosnia and Herzegovina. Alija Izetebegovic.

It is an outrage that Serbia continues to undermine Bosnian sovereignty and mock international law by continuing to issue arrest warrants in this case, which has been found on numerous occasions to be without merit by the International Criminal Tribunal for the Former Yugoslavia (ICTY), an authoritative body established by  the United Nations to prosecute serious crimes committed during the wars in the former Yugoslavia.  Serbia continues its aggression against Bosnia and Herzegovina, using false accusations and frivolous arrests of citizens of Bosnia and Herzegovina.  In the case of Dr. Ejup Ganic, the UK court denied the Serbian extradition request in July of 2010 after several months of proceedings that were, in the words of Judge Timothy Workman, “…being used for political purposes.”  Same was the case with Ilija Jurisic; another Bosnian citizen falsely arrested and sentenced by Serbia to 12 years in prison, and was thankfully released after months of protests and appeals in November of 2010.

Therefore, it can only be concluded that this perplexing arrest of General Divjak is yet another political maneuver by the Serbian authorities to undermine Bosnian sovereignty and the rights of its citizens, and to intimidate their way into averting blame for atrocities committed during the war from Serbia onto other countries in the region. This is particularly easy for them to do in Bosnia where Bosnian Serbs also work tirelessly to undermine Bosnian authority and are continuing practice of revisionist history to justify their actions. CNAB has warned on several occasions that Serbia continues to be a source of political instability in the region, particularly in its policies towards Bosnia and Herzegovina and the mainly Bosniak southern region of Sandzak.

CNAB,  IRGC and BAGI demand immediate release of Jovan Divjak and call upon the United Nations, the United States, Canada, and the European Union, to take notice and act swiftly to hold Serbia accountable for its actions of continued infringement on Bosnian sovereignty and destabilization of the Balkans. Furthermore, we request of the Bosnian government officials to take all means necessary to protect its citizens against attacks on its sovereignty and the freedom of its citizens to travel and not be subjugated to false arrests.