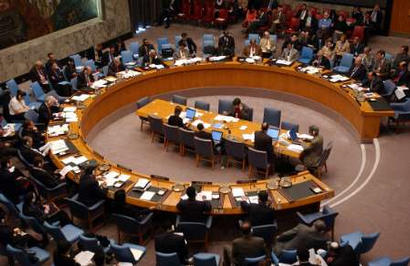 Bosnia and Herzegovina began the New Year 2011 by assuming the Presidency of the United Nations Security Council for the month of January, headed by H.E. Mr. Ivan Barbalic, the Permanent Representatives of BH at the United Nations in his capacity as the President of the UN Security Council. This represents the first time in history that Bosnia and Herzegovina received the honor and privilege of presiding over the council.

Undoubtedly, there are those within Bosnia and beyond who do not welcome the recent development because it derails them from the continued agenda of projecting Bosnia and Herzegovina as a “failed” state. They hope to erase the memories of war and bloodshed, not by working for peace and justice for Bosnia and Herzegovina and its citizens, but instead by rewarding those who committed genocide by empowering them to paralyze a sovereign nation. Thankfully, they are in the minority and cannot be allowed to stand in the way of Bosnia’s destiny for full euro-Atlantic integration. For the majority of its citizens, it is a proud moment and a validation that Bosnia is here to stay as a permanent member of the United Nations and the international community. It also means that Bosnia continues to enjoy the overwhelming international support that it deserves as a democratic nation.

It was therefore to our shock and dismay that a reputable magazine such as Foreign Policy would publish David Bosco’s patronizing comments which criticize the decision to elect Bosnia to the presidency over the Security Council citing that Bosnia’s membership on the council is largely “symbolic” and that “the General Assembly needs to stop carping about Council reform and start consistently electing states that can contribute to peace and security, not those barely able to govern themselves.”

Mr. Bosco spent a couple of years in postwar Bosnia and should therefore understand that the best way to rebuild is through the process of inclusion not exclusion. Also, his comments are disturbing because they are elitist and arrogant. It has long been the criticism of the Security Council that it does not adequately represent the smaller countries which have a lot to offer in terms of unbiased diplomacy and leadership that is often not the case with the big powers. Bosnia and Herzegovina is fully able to govern itself but it is still vulnerable, and needs more, not less, international support to ensure that it remains on the path of peace and stability. After all, Bosnia and Herzegovina can draw from its horrible experience of war and genocide to lead the world in seeking peace and stability. The most pressing issue at the UN Security Council is that of the Ivory Coast and the threat of violence following the presidential elections. It is imperative that we have leaders who understand the implications of genocide and can do what it takes to avoid such atrocities. Mr. Barbalic can do the job.

Spokesperson for CNAB Board of Directors