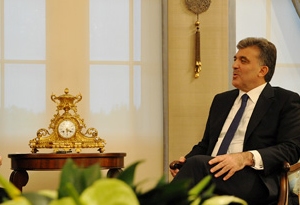 On behalf of the Congress of North American Bosniaks (CNAB) an umbrella organization representing the interests of the Bosniak diaspora in the United States and Canada, I would like to express my gratitude and support for Turkey’s increased engagement in the Balkans to bring lasting peace and stability to the region. We value the important steps your administration has taken to openly discuss and promote full integration of Bosnia and Herzegovina into the European Union and NATO. We believe that these are the two most important steps to protecting Bosnian sovereignty, ensuring long term stability and economic prosperity to a country that has suffered immensely from an aggression fueled by hatred and bigotry.

CNAB has on many occasions lobbied the United States government, and discussed with State Department officials the concrete steps that need to be taken to make the euro-Atlantic integration a reality for all of Bosnia’s citizens. First and foremost, we believe that the United States needs to take responsibility for actively ensuring the necessary reforms take place in order to satisfy the conditions necessary for NATO and EU membership.

Currently, all efforts for meaningful reforms are being blocked by Serb representatives of the smaller entity who openly violate the Dayton agreement to pursue an agenda based on Milosevic’s and Karadzic’s ideology of hatred.Such ideologies no longer have a place in the Balkans and we support you in your efforts to address this as a regional issue.

There can be no peace in Bosnia or anywhere in the Balkans if any of the countries implicitly or explicitly threaten the security and sovereignty of their neighbors. Such efforts are in full interest of the Bosniak people and Bosnia and Herzegovina as a multi-ethnic and democratic state. We appreciate your leadership and hereby offer our service and support to promote this agenda.
Sincerely,
Haris Alibašić, MPA
President of CNAB Board of Directors