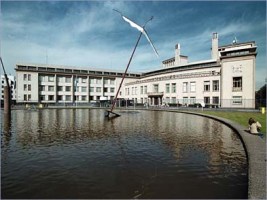 Congress of North American Bosniaks, representing the interests of Bosniak diaspora in the United States and Canada, urges the International Criminal Tribunal for the former Yugoslavia (ICTY), to be swift in the trial of the war criminal Radovan Karadžić, who led the campaign of genocide against Bosniak civilians in Bosnia and Herzegovina. This notorious war criminal should not be allowed to delay the judicial process and make mockery of the Court with delays and absurd claims of not having enough time to prepare a defense. Hiding in Serbia for 14 years using a false identity, Karadzic had more than enough time to prepare his defense for the worst crimes against humanity that Europe has seen since the Second World War. The facts are that Radovan Karadžić orchestrated and authorized genocide, mass killings, rape, and ethnic cleansing of Bosniak civilians during the Serbian aggression on Bosnia and Herzegovina 1992-1995. More than 100,000 people died as a direct result of his leadership among the Bosnian Serbs. He even infamously announced on national television the extermination of the Bosniak people in October of 1991, as a threat against the pending referendum for independence of Bosnia and Herzegovina from Yugoslavia.

The real problems in this whole process are the inefficiency and ineffectiveness of the Hague Tribunal in delivering swift justice for the victims of genocide and war crimes. The Court continues to disappoint the concept of international justice by allowing war criminals to manipulate the judicial process and exploit every legal loophole there is. The best example is the trial of Slobodan Milošević which lasted more than four years before he was found dead in his cell. More recently, Biljana Plavšić, a key member of Karadžić’s party, who admitted to charges of Crimes against Humanity, and subsequently served only six years in prison before being released. As a slap in the face to the victims, she publicly retracted her admission to these crimes on more than one occasion. There is also the case of Momčilo Krajišnik who was sentenced to 27 years in prison, only to have his sentence reduced to 20 years and now he is requesting an early release. Not to mention that the prosecutor has failed to secure the arrest of Ratko Mladić who is hiding in Serbia.

It is incomprehensible that the Court behaves with such passiveness and utter lack of urgency when it comes to the opportunity to set precedent and deliver harsh punishment to war criminals in order to prevent such crimes from occurring in the future anywhere in the world. On the contrary, their lethargic behavior is an insult to the victims and a disgrace for the international community. When taking into consideration the fact that the Court continues to make blunders, by allowing war criminals to act like celebrities and give interviews to the media, prosecuting Florence Hartmann for exposing an illegal and unethical deal with Serbia on key evidence, and tolerating a judge who denied genocide, it forces us to lose hope that the ICTY ever can effectively prosecute war crimes in the future.

We strongly urge the Court to be aggressive and vigilant in pursuing justice for the victims. These hardened war criminals cannot be allowed to delay the process and escape justice with only slaps on the wrist. They have, beyond all doubt, organized and engineered the ethnic cleansing, murder, rape, and genocide of thousands of innocent civilians whose only crime was that they were not Serbs. If the Tribunal continues to ignore the requests of victims for swift and aggressive justice, it will have serious consequences for the credibility of the United Nations, and the International Court of Justice. CNAB requests the following actions be taken immediately.

Congress of North American Bosniaks will continue to press for justice for all victims of genocide, rape, ethnic cleansing, and crimes against humanity. It is our sincere hope that ICTY and ICJ will listen to our voices and deliver justice for the victims and their families.

Haris Alibašić, MPA
President of the Congress of North American Bosniaks Board of Directors
Letter is cosigned by the following partners:
Emir Ramic
President of the Institute for the Research of Genocide Canada