Skip to Content
Home English Croatia must defend Bosnia. So should Serbia… 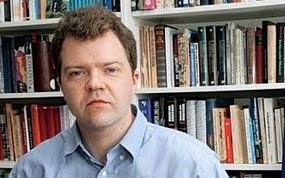 1. Thanks to EU and US complacancy in the face of Bosnia’s continuing disintegration, it has been left to Croatia’s president to promise resolute action in defence of this fragile state.

2. The secession of the Republika Srpska from Bosnia-Hercegovina would be catastrophic for stability in the Balkans, and would most likely spark a renewed Serb-Bosniak war.

3. A Croatian threat to attack the Republika Srpska in the event that it secedes makes war less rather than more likely, by deterring an action that would most likely result in war.

4. We should therefore encourage Croatia to act as Bosnia’s guarantor in this manner, while hoping that Serbia will eventually show a similar degree of post-nationalist regional responsibility.

Outgoing Croatian president Stjepan Mesic earlier this month threatened to intervene militarily in the event that Bosnia’s Serb entity, Republika Srpska, attempts to secede and establish itself as an independent state. He was responding to repeated separatist noises on the part of the Republika Srpska’s aggressively nationalistic prime minister, Milorad Dodik, who makes no secret of his hostility to the state of Bosnia-Hercegovina and his designs against its territorial integrity, and whose atrocity denial and friendship for convicted war-criminals indicate a dangerous contempt for the norms of civilised behaviour. Mesic has warned that if Dodik announces a referendum on secession – as the first step toward the Republika Srpska’s unification with Serbia to form a ‘Great Serbia’ – he would send the Croatian Army south across the River Sava to cut in half the Bosnian Serb entity, which ‘would then have to disappear’. Yet the establishment of a Great Serbia is not the only danger about which Mesic has warned. He has highlighted also the possibility that, with Republika Srpska seceding and the Bosnian Croats following suit, it would leave behind an embittered Muslim rump-state, that ‘would find itself in a hostile surrounding, and would be able sustain itself only with the help of a fundamentalist regime.’ Consequently, ‘In the next 50 to 70 years there would be a new center of terrorism. It would be a new Palestine in the heart of Europe.’

German Ambassador to Sarajevo Joachim Schmidt is reported to have said that Mesic’s military threat ‘is not of help’. Yet it would not be left to Bosnia’s western neighbour to issue such a threat if the EU and US had not shown themselves to be quite so complacent in the face of Bosnia’s threatened collapse. Bosnia was lumbered with the unworkable and unsustainable Dayton settlement that ended its war in 1995. To sustain this unsustainable settlement, to make the unworkable work, required a powerful High Representative wielding authoritarian powers, backed up by a large international military presence. The Dayton system enjoyed its golden years in 2002-2006, when the Office of the High Representative (OHR) was held by the energetic Paddy Ashdown, and Bosnia superficially appeared to be making genuine strides towards reintegration. Yet the EU, naively believing that the farcical Dayton constitutional order could actually be made to function without massive outside interference, has since been rushing to wind down the OHR, and has withdrawn its support from Ashdown’s successors. With few international troops now remaining, the OHR has been left as a paper tiger, something that Dodik has taken advantage of to pursue his secessionist policy. It is as if a zoo-keeper had decided that, since his caged tiger had not eaten many people recently, it was now tame and could safely be let out of the cage, not realising that it was only because of the cage that the tiger appeared to be safe.

With the EU and US blithely fiddling while Bosnia burns, it has been left to the Croatian president to behave like a responsible European statesman, and make clear that the destruction of the international order in the Balkans will not be tolerated. Those condemning Mesic forget that his policy toward Bosnia is the exact opposite of that pursued by his predecessor, the chauvinistic tyrant Franjo Tudjman. Where Mesic defends a unified Bosnia, Tudjman joined with Serbia’s Slobodan Milosevic in attempting to destroy Bosnia and crush the Bosnian Muslims. And that is really the choice that Europe has, so far as Croatia is concerned: between a Croatia that upholds Bosnia, a la Mesic, and a Croatia that undermines Bosnia, a la Tudjman. It does not take a genius to realise that a Mesicite Croatia is preferable to a Tudjmanite Croatia.

Under Tudjman, Croatia was a corrupt and despotic state that sheltered war criminals, persecuted national minorities and undermined the territorial integrity of its Bosnian neighbour. The Tudjman regime represented a synthesis between the authoritarianism of the Croatian Communist ancien regime – whose child Tudjman himself was – and right-wing Croat emigre nationalism, combining the worst features of both. Yet since Tudjman’s death in 1999 and the electoral defeat of his Croatian Democratic Union (HDZ) in 2000, Croatia appears definitely to have made the transition to becoming a democratic European state. Both Ivica Racan’s Social Democratic government, which took power in 2000, and the government of Ivo Sanader, who reconstituted the HDZ as a mainstream conservative party and took power in 2003, have guided Croatia down the democratic European path. Over them presided President Mesic, a reformed nationalist who honourably broke with Tudjman as early as 1994 over the latter’s Bosnian policy. These politicians redeemed Croatia in the 2000s from the disgrace brought upon it by Tudjman in the 1990s: they turned their back on anti-Bosnian Croat irredentism; refrained from pandering to neo-Ustasha sentiment; cooperated with the war-crimes tribunal in the Hague; put on trial war-criminals who persecuted Serb civilians in the 1990s; recognised the independence of Kosovo; and have brought Croatia into NATO and up to the gates of the EU. Croatia’s citizens should be as proud of their rulers’ record in the 2000s as they should be ashamed of their predecessors’ record in the 1990s. Of course, Croatia still faces huge problems of corruption and organised crime, but measured against where it would be now if Tudjman’s policies had been continued into the 2000s, the achievement is monumental.

With the election victory of the Social Democrat Ivo Josipovic in this month’s Croatian presidential election, Croatia has reaffirmed its democratic European path. His opponent in the presidential election, Milan Bandic, was a vulgar and corrupt populist who enjoyed the support of the nationalist emigration, of the better part of the clergy and of war-criminals such as Branimir Glavas and Tomislav Mercep. Bandic waged a red-baiting campagin directed against the Social Democrats on account of their Communist past – despite the fact that he too had been a member of the Communist party. Had he won the election, he would have become a Croatian Berlusconi. Yet Josipovic, a composer and law professor, crushed Bandic, winning 60.26% of the vote. Zivjela Hrvatska !

Josipovic is a civilised, non-nationalist individual who will serve to consolidate Croatia’s democratic transition and guard against any resurgence of Tudjman-style chauvinism. Yet there are indications that he lacks Mesic’s toughness. He has spoken of the possibility of withdrawing Croatia’s lawsuit against Serbia at the International Court of Justice; this would be an error, for although Croatia is unlikely to win the case, the verdict is highly likely to recognise Serbian war-crimes in Croatia in 1991-92, as it did in its judgement on Bosnia’s case against Serbia, when it recognised that ‘it is established by overwhelming evidence that massive killings in specific areas and detention camps throughout the territory of Bosnia and Herzegovina were perpetrated during the conflict’ and that ‘the victims were in large majority members of the protected group [the Muslims], which suggests that they may have been systematically targeted by the killings’, and that ‘it has been established by fully conclusive evidence that members of the protected group were systematically victims of massive mistreatment, beatings, rape and torture causing serious bodily and mental harm, during the conflict and, in particular, in the detention camps.’ Croatia can reasonably hope for a similar recognition of its people’s suffering in the early 1990s.

It is worth stating again the case against allowing Republika Srpska to secede: it would represent a violation of the right to self-determination of the nearly 50% of the territory’s population that was Bosniak and Croat before 1992, that was mostly ethnically cleansed during the war and that has not been able to return since Dayton; the quid pro quo for international recognition of the Republika Srpska’s existence, with a massively disproportionate share of Bosnia’s territory, was the Serb recognition of Bosnia’s unity and indivisibility, and if the Serbs cease to recognise Bosnian unity then nobody is under any obligation to recognise the Republika Srpska’s existence any longer; the secession of Republika Srpska and its eventual unification with Serbia would derail Serbia’s own democratisation, and send it back down the path of expansionism and regional troublemaking; if Bosnia is allowed to break up, it will create a precedent for the break up of Macedonia and the secession of the Macedonian Albanians to unite with Albania and form a Great Albania, with all the dangers that would bring; and finally, the elements responsible for the bloodbath of the 1990s must never be rewarded. For all these reasons, Republika Srpska should not be allowed to secede. It is for the Bosnian citizenry as a whole to decide whether Bosnia should be divided into separate Serb, Croat and Bosniak states or whether it should remain united as a single state; it is not for either of the Bosnian entities to decide this unilaterally.

A threat, such as Mesic’s, makes a war in the region less rather than more likely, since so long as it is plausible, it will serve to deter an act of secession that would at the very least greatly destabilise the Balkans, and that would most likely spark a new Serb-Bosniak war. Dodik may be ready to pursue a secessionist policy that will result in war if he only has to fight the Bosniaks; he will be much less likely to do so if he has to fight Croatia as well, because he would inevitably lose. Those, such as Germany’s Ambassador Schmidt, who would like to deter Croatia from promising to defend Bosnia militarily if necessary, are contributing to the likelihood of war in the Balkans. Rather than praising him for not doing so, we should do well to encourage Josipovic to adopt Mesic’s policy.

We have spoken of Croatia’s tremendous achievement in turning its back on the politics of the late Franjo Tudjman. Serbia, too, has made tremendous strides in its democratic transition, particularly since the victory of the pro-European parties in Serbia’s 2008 parliamentary elections. Serbia has become a fully democratic state, embraced the European path and put war-criminals on trial, and however misguided its attempt to retain Kosova might be, it is at least using judicial means that are within its rights. But in one respect in particular Serbia scores much lower than Croatia: it has not abandoned its nationalist paradigm vis-a-vis Bosnia. Whereas official Croatia today sees Bosnian unity as its national interest, and refrains from promoting Bosnian Croat separatism, official Serbia continues to see its interest in undermining Bosnia and promoting the separateness of the Republika Srpska.

The day when Serbia sees its national interest as defending Bosnia’s unity and integrity from enemies such as Dodik, is the day when post-nationalist Serbia will truly have arrived.