By William Hague and Paddy Ashdown 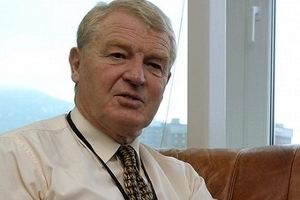 The 14th anniversary of the 1995 Dayton Peace Accords passed unnoticed in November. The collapse of a US-EU diplomatic initiative in Bosnia-Herzegovina last month went virtually unreported too, as has the fact that Bosnia’s cold peace is under serious threat.

Bosnia may seem less significant than it used to be to the US and her allies. Pressing challenges in Afghanistan and beyond need great attention. But the risk of a failed state taking root in Europe cannot be ignored by Europe or in Washington.

Brussels struggles with serious Balkan diplomacy – so many capitals to confer with and tactics to co-ordinate, and so little political will to take difficult decisions. The EU hopes that its all-carrots, no-sticks approach linked entirely to the promise of an eventual EU accession process will change the domestic politics of Bosnia and neighbouring Serbia, and produce political co-operation. The US backs this approach, despite the fact that Bosnia is further from EU membership than any other aspirant country.

Bosnia’s economy has grown with foreign aid, but the state has not grown, and today it does not work. The Bosnian Serbs have exploited the autonomy they were granted at Dayton, relying on stalling tactics to keep the country divided, its government dysfunctional, and their hopes of secession alive, while some Bosniak leaders can be equally rigid. Some resistance has been overcome when the international high representative overseeing Dayton has insisted on it. But even this level of effort has overtaxed the patience and capacity of the EU and US. The high representative’s office has been allowed to be demeaned so that none of the parties, particularly the Bosnian Serbs, heed its efforts. It is now proposed to weaken the role further by recasting the high representative as an EU special representative and stripping out real authority – the “Bonn powers”.

With the election season in Bosnia imminent, nationalist rhetoric will certainly increase in all parts. Even the Bosnian Croats increasingly talk of their own entity and a break with their federation with the Bosniaks.

What happens in Europe’s backyard matters: the consequences of Bosnia’s disintegration would be catastrophic. The breakdown of the country into independent ethnic statelets would not only reward ethnic cleansing – surely a moral anathema – but would also risk the creation of a failed state in the heart of Europe; a fertile breeding ground for terrorism and crime, and a monstrous betrayal of all those who survived the concentration camps, mass graves and displacement of the 1990s. Bosnia will not solve itself, nor will the prospect of EU integration be enough to pull the country back from the brink.

Instead we must recognise that all the countries in the region are linked and cannot be dealt with in isolation.

We urge the US and EU to each appoint a special envoy to the region, who would work in lockstep to deliver a united message and drive forward progress. We must impress on Bosnia’s leaders that the sovereignty of the country is unquestionable and its break-up unthinkable. But we must also say to European candidate countries Serbia and Montenegro that they are expected to uphold EU policy towards Bosnia.

A robust international approach should focus on a single goal: a central government in Bosnia effective enough to meet the responsibilities of EU and Nato membership. Each Bosnian leader should have to stand for, or against, that simple idea – and face consequences for his or her answer.

The international community should be prepared to use sticks as well as carrots. There is a strong argument for the threat of targeted sanctions against politicians who undermine the Bosnian state.

Talk of timelines for the closure of the Office of the High Representative in Bosnia-Herzegovina is premature. The Office should only be closed once constitutional reform has been achieved. Meanwhile, the high representative must have the solid backing of the EU and US so that all parties know they cannot sit out the international presence in the country.

Finally, the EU peacekeeping mission in Bosnia must be retained, and reinforced if necessary, to send a strong signal that neither secession nor violence will be tolerated.

Today Radovan Karadzic is finally on trial in The Hague on charges of alleged genocide and war crimes in Bosnia. As he and others are called to account over their part in the horrendous events of the 1990s, it would be a supreme irony if their plans for carving up Bosnia-Herzegovina were to be realized simply because the international community was too busy to care.

Mr Hague is UK shadow foreign secretary, Lord Ashdown is a former high representative for Bosnia and Herzegovina. This article was co-written by James O’Brien, a former US presidential envoy for the Balkans, Morton Abramowitz, former US ambassador to Turkey and a senior fellow at the Century Foundation, and Jim Hooper, a managing director of the Public International Law and Policy Group