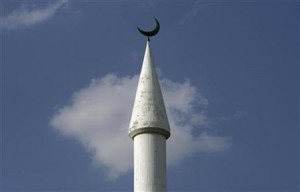 Congress of North American Bosniaks (CNAB), the umbrella organization of Bosniaks in North America, expresses its concern and disappointment with the results of the Swiss referendum to ban construction of minarets in Switzerland.

The fact is that, according to euro-Atlantic and global legal and political practice, referendum is considered one of the synonyms for democracy. The Swiss referendum is the best example of its abuse, which could have unforeseeable consequences to the overall international, and certainly the interfaith relations in the world.

The degree of democracy of a society is best measured by the attitude of the society towards minorities. As a result of this referendum, the Swiss Muslims, who make up about 5% of the population, are now in a state of fear, worry and uncertainty. Right to freedom of religion is one of the fundamental human rights that is now denied or reduced to Muslims with this referendum by banning the construction of one of the symbols of their faith.

Disagreement between the Swiss Government and Parliament over holding of such a  referendum and its subsequent results is certainly commendable, but it does not diminish our concern about the fact that even 57.5% of the citizens of Switzerland endorsed one such discriminatory act.

As Bosniaks, Muslim citizens of Bosnia and Herzegovina, we have a fresh memory, we have witnessed and have become victims of ideology whose principles are those of denial of human rights and existence of religious symbols and objects. In the name of such an ideology a genocide has been committed upon us.

In the name of our desire that this never happens to anyone again, we invite all the democratic forces of Switzerland, Europe and the international community to do all they can to ensure that the Swiss referendum would not be repeated anywhere ever again.

We invite the European Community and the Council of Europe to do everything to prevent that any member of the European Union in its Constitution can contain a provision that discriminates against religious minorities, which threatens its basic human rights and violate the European Convention on Human Rights.

We invite Muslims of Switzerland to demonstrate their dignity through patience, and to work together with all democratic forces in Switzerland and through democratic and legal procedures, to protect their rights and the rights of others.  This shameful act not only endangering the rights of Muslims, but the reputation of Swiss companies, state,  the very principles of democracy, coexistence and mutual respect and tolerance.

CNAB Board of Directors
Cosigners of the press release;
Head imam of the Islamic community Bosniaks Switzerland, Ibrahim ef Husanovic