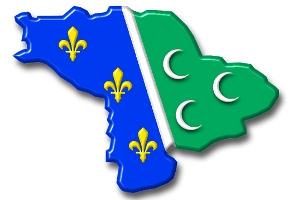 The Congress of North American Bosniaks, on behalf of 350,000 Bosniaks in the USA and Canada, is seriously concerned about obstruction of freedom of press and condemns the religious harassment of Bosniaks in Serbia, and Sandžak.

Most recent example is the decision by Serbian government (Ministry of Religion) to obstruct printing of magazine “Glas Islama.” It is appalling to see that the type of censorship imposed during Slobodan Milosevic’s era is still intact. Suppressing freedom of press is one of the fundamental and constitutionally protected press freedom rights in any democracy.

“Everyone has the right to freedom of opinion and expression; the right includes freedom to hold opinions without interference and to seek, receive and impart information and ideas through any media regardless of frontiers.”

The present regime is routinely spreading fear among the Bosniaks, just as recent discrimination of human rights as well as Serbian military exercises near major Bosniak communities in Sandzak suggest, are unnecessary destabilizing the region. Resumption of terror against Bosniak and other non-Serbian communities, religious values and their media outlets only solidify Serbia’s position in real intensions in sparking renewed hatred in the region.

Basic principles of Universal Declaration of Human Rights suggest that everyone has the right to freedom of opinion and expression; this right includes freedom to hold opinions without interference, and impart information and ideas through any media regardless of frontiers”. According to the latest Worldwide press freedom index Serbian freedom can be compared to freedoms in Kenya, Bolivia, Togo, or Tanzania. European Union should seriously examine these allegations and reconsider letting Serbia join the EU with such troublesome lapses in freedom of press, and discrimination against minorities.

CNAB calls for the resignation of the Minister Bogoljub Sijakovic of the e Ministry for Religion in Serbia and for Serbian government to take appropriate actions and calm the fears of instability in the region.