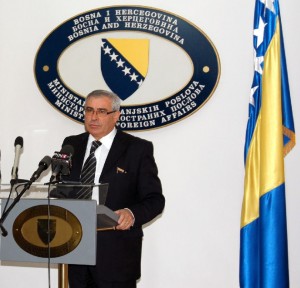 On behalf of the 350,000 North American Bosniaks, we ask you to clearly and publicly request of the the Russian Minister of Foreign Affairs that Russia, as a member of the Governing Board of the Peace Implementation Council in Bosnia and Herzegovina,  play a positive and unbiased role in the political situation in BiH. Minister Lavrov’s statement calling for full implementation of the Dayton Agreement and unity and territorial integrity of Bosnia and Herzegovina, and strengthening the effectiveness of the central government is a positive step. However, CNAB severely condemns the statement of the Minister that it is necessary to “preserve the status and power of the two entities in BiH.” Bosnia and Herzegovina is only viable with the abolition of the entities and strengthening the central government of BiH.

All pro-Bosniak and Bosnian forces should seriously take into consideration the role of Russia as a member of the Governing Board of the Peace Implementation Council in BiH.

We hope that you will, in your talks with Russian Foreign Minister, represent the interests of Bosniaks and Bosnia and Herzegovina.

On behalf of CNAB
Mr. Haris Alibašić, President of the Board CNAB