Skip to Content
Home English INTERVIEW: What should Bosniaks expect of Butmir negotiations? 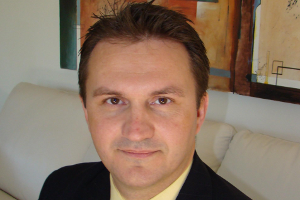 ChicagoRaja: The purpose for our meeting with the President of the Board of CNAB, mr. Haris Alibašić is the announcement of new talks about the political situation in Bosnia and Herzegovina (BiH), organized by the international community. Negotiations are scheduled at Butmir. Is the new Dayton on the horizon or a new game in the political skies of Bosnia and Herzegovina?

Mr. Alibašić: Apart from the fact that Butmir is an airport community and Dayton is site of an American air base, somewhat similar functions, we may associate with the possibility of similar solutions for the country. In Dayton we had presidents of four countries, whereas in Butmir we will only have local politicians and representatives of the EU and the U.S.

ChicagoRaja: Mr. Alibašić, how do you see these negotiations in Butmir, what do you think will be resolved?

Mr. Alibašić: Butmir negotiations will not be like Dayton, but are essential nevertheless. Without speculating on specifics of what will be discussed or the purpose of discussion, it is time that the United States gets actively involved in solving problems in BiH. Without going into the history of Bosnia and Herzegovina before the nineties, post Dayton Bosnia and Herzegovina is in some ways  a U.S. project, and too much time, money, and effort has been invested for the U.S. to just allow further destabilization of BiH and the region. This is an extremely welcome initiative for one reason, the situation in Bosnia and Herzegovina is critical. Due to nationalist interests, lobbying by Republika Srpska (RS) and Serbia in the European Union (EU) and the United States, Bosnia has been brought into the current serious situation.

Chicagoraja: Mr. Alibašić, how do you assess the current situation in BiH?

Mr. Alibašić: The indisputable fact is that the Republika Srpska entity and Serbia have greatly aggravated the situation in BiH with their unilateral moves. I will mention just a few examples – the RS and Serbia successfully spend huge money on lobbying and media campaignining in the EU and the U.S. to promote the interests of RS and Serbia, as opposed to the Federation entity that only seeks to respect the laws and regulations of Bosnia and Herzegovina which in this case is totally counterproductive. Bosnia and Herzegovina, as a state must fund lobbying in the interest of the State of BiH because they should be the only recognized and legitimate institution, not the entities. Serbia is still treating certain parts of BiH territory as an extended part of Greater Serbia, with disregard for the sovereignty and integrity of Bosnia and Herzegovina. Serbia also continues the occupation of the territory of BiH near Janje, does not accept the EU resolution on Srebrenica, encourages an attribute of statehood to Republika Srpska, with political visits by Serbian politicians to Bosnia that do not follow international protocol. Then we have an illegal ruling by the Serbian court in which they convicted a BiH citizen Ilija Jurišić. This illegality is known by everyone yet nothing is being done. On the other hand, we have actions by the ICTY, with its irresponsible decisions in recent years seriously disappointing to Bosniaks, as well as victims of genocide and terrorism during the aggression on Bosnia and Herzegovina. Unfortunately, our politicians and the Bosniak parties have only partially and poorly addressed these issues. The main objective of those (who are against Bosnian unity) is to break apart the largest Bosnian corpus. The absence of vision, the lack of a common position of all pro-Bosniak and Bosnian forces and national policies could cost us dearly.

ChicagoRaja: This assessment of the situation in BiH appears gloomy. Is Butmir the last opportunity for Bosnia and Herzegovina to deal with these issues?

Mr. Alibašić: Surely it is urgent to initiate these conversations. The time of partial solutions is behind us, and we should start making substantial revisions to the Dayton agreement in order to gain sustainable solutions for the country. Dayton treaty was necessary to stop the war, but today it is undoubtedly an obstacle to a functioning Bosnia and Herzegovina. Unfortunately, pro-Bosnian and Bosniak parties do not have a common goal which will be the biggest loss. Because there is no common position, it is difficult to have a consistent policy and attain the ultimate goal.

ChicagoRaja: Bosnia has a large Diaspora, and yet everything happens without the participation of the Diaspora. What do you think about it?

Mr. Alibašić: Relations between the authorities of Bosnia and Herzegovina – precisely the entity structure – and the 1.3 million of its citizens in the Diaspora is disastrous. It is therefore necessary to take concrete steps to prevent a situation where Bosnian immigrants lose the right to obtain Bosnian passports if the issue of dual citizenship has not been adequately regulated with the countries in which they now reside. BiH Diaspora must be included in any reform talks in BiH. We must know the purpose of any new negotiations, and who will implement the results. All this has yet to be defined. Bosnians must have a common position in these talks; otherwise we can end up with an even worse situation in BiH, and especially for the Bosniaks.

ChicagoRaja: What do you as the President of the Board CNAB, the largest non-governmental organizations in the United States, which articulate and represent the opinion of 350,000 Bosniaks, think about the direction that should be taken in the talks in Butmir?

Mr. Alibašić: It is difficult to predict anything, because everything is shrouded in secrecy, but CNAB requests that our politicians, and I mean the representatives of all peoples in BiH, should work to resolve important issues, which I mentioned earlier, for the benefit of the entire country. Specifically, here are just some of the tasks that the politicians should address in Butmir that would strengthen and bring BiH closer to joining the EU and NATO.

– Secure a functional state that will govern by rule of law and a system of justice. Bosnian citizens must be protected throughout the territory of BiH. There are increasing attacks on returnees and mosques in the RS. We need an effective legal system to prevent such events from occurring. There was a recent murder of a Sarajevo soccer fan, Vedran Puljić in Siroki Brijeg, by a policeman which needs to be addressed and strongly condemned. BiH state must protect its citizens wherever they are, anywhere in the world. Can you imagine what would happen if an American citizen is kidnapped in Serbia, and convicted in court? I do not believe that the U.S. government would allow such things to happen the way that BiH has allowed Serbia to treat a Bosnian citizen, Ilija Jurišić, in such manner.

– Abolish entity voting.
Repeal all laws in BiH that define citizenship based on entities. BiH citizenship must remain sufficient and the only legal solution for all Bosnian citizens, regardless of the entity in which they were residing. Legal documents and forms, such as Social Security numbers, and others, should not require information concerning the entity of origin or affiliation.
– Simplify the process of voter registration so that more can participate in elections.
– Guarantee constituency of all people in the entire territory of BiH.
– Adopt a law prohibiting denial of genocide committed against Bosniaks and the Holocaust committed against the Jews. The honorable work that was begun by Bosniak leaders (many of which were subsequently sent to the Jasenovac concentration camp and other Balkan casemates) in 1941 by signing the “Muslim Declaration” that, during the Nazi occupation of Europe, requested protection of Bosnian Jews and Gypsies. The law would prevent all attempts to minimize the suffering of the Bosnian Jewish, Roma and most recently of the Bosniak people .
– Protection of private immovable property. Prohibit the taxation of property and uncultivated land of prospective returnees, because refugees cannot cultivate the soil without returning to their homes
– Ensure the sustainable return of Bosniaks and Bosnian Croats in the RS entity.
– Punish corruption to the full extent of the law.
– Adopt the Law regarding Diaspora with satisfactory abolition or revision of Article 17
– Establish a Ministry of Diaspora. According to official data from 2007 to the citizenship of BiH now has lost 30,000 (in 2008 41,000) of our citizens. BiH Diaspora in North America, and certainly in the world as part of the international community, is very much interested in the establishment of the ministerial portfolios.
– Open additional consulates in the U.S. for provision of adequate consular services the largest BiH Diaspora.
– Abolish the condition that identification documents (birth certificate with a personal identification number and certificate of BiH citizenship) must not be older than 6 months “- given that this condition causes loss of time when submitting the request and allows for procedural delays. In the democratic countries, every citizen gets one birth certificate, at birth, which is valid for life as well as the citizenship. If a person is born in the state of Bosnia and Herzegovina, or if the parents are citizens (one or both parents) of BiH then the child should automatically receive citizenship, which can then be received as a separate document when the child reaches the legal age (18 years) automatically overwriting the parent certificate of citizenship.

These are just some of the points that CNAB asks politicians in BiH to be solved. By taking these positions and having concrete action item, the pro-Bosnian forces at Butmir would be able to strengthen the central institutions, to implement adequate reform and ultimately to create conditions for long-term sustainability of BiH for its entry into NATO and EU. Bosnia and Herzegovina must have a strong central government, which will not be held hostage by any entity, with the authority to make laws that represent the interests of all constituent peoples. Of course the ideal situation in BiH would be the abolition of the entities and the creation of administrative regions according to economic, historical and geographical principles.

Butmir could be a turning point for BiH, but certainly will not solve all problems. It is good that things are beginning to disentangle in our country and that we can finally leave behind the ugliness and negativity, and to start seeking the reasons for cooperation rather than obstruction of Bosnia and Herzegovina. (Interview conducted: ChicagoRaja)