Skip to Content
Home English Sponsor of the Resolution on Genocide, Canada Branch of CNAB 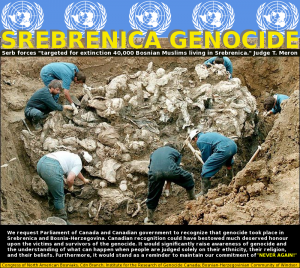 Mr. Brian Masse, Member of Canadian Parliament, has gratefully accepted to be a sponsor of this resolution.  Mr. Masse will publicly announce his plans to sponsor the resolution on genocide at a press conference in Windsor at the end of August.

We invite all Canadians of Bosnia and Herzegovinian origin, and all people of good faith who support the truth, justice, and a single, democratic, prosperous Bosnia and Herzegovina to be actively involved in this process and to focus their efforts in campaigning for this resolution to pass in the Canadian Parliament. For more information, go to www.bosniak.org and www.bhklubwindsor.com.