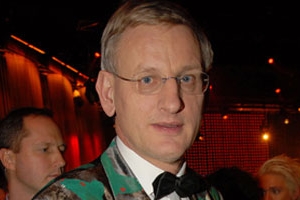 [Note: The following article has also been translated and re-published in Bosnian daily BH Dani]

By: Dr. Marko Attila Hoare (Greater Surbiton) – In his memoirs of the Bosnian war, Carl Bildt, the foreign minister of Sweden – which took over the EU presidency on 1 July – has this to say about the Srebrenica massacre:

‘In five days of massacres, Mladic had arranged for the methodical execution of more than three thousand men who had stayed behind and become prisoners of war. And probably more than four thousand people had lost their lives in a week of brutal ambushes and fighting in the forests, by the roadside and in the valleys between Srebrenica and the Tuzla district, as the column was trying to reach safety.’ (Carl Bildt, Peace Journey: The struggle for peace in Bosnia, Weidenfeld and Nicolson, London, 1998, p. 66 – all subsequent page references are to Bildt’s book).

The Srebrenica massacre, an act of genocide against the civilian population of Srebrenica that claimed the lives of approximately eight thousand victims, including at least five hundred children under the age of eighteen, has therefore been reduced by Bildt to ‘more than three thousand’, all of them ‘prisoners of war’, while four thousand of the victims are portrayed as battlefield deaths. This would be equivalent to claiming that only two and a quarter million Jewish ‘prisoners of war’ had perished in the Holocaust, while the rest of the six million had been killed in battle.

This was not a casual slip on Bildt’s part. At the time of the Srebrenica massacre, Bildt was the EU’s special envoy to the former Yugoslavia. His massive downplaying of the Serb genocide reflects the EU policy of the time, which was to collaborate with Slobodan Milosevic’s Serbia and with Radovan Karadzic’s Bosnian Serb extremists, and to appease their expansionism. Unlike the US, the EU states staunchly supported the international arms embargo against Bosnia, which prevented the country from defending itself from Serb aggression.

In his memoirs, Bildt’s chapter on July 1995, the month when the Srebrenica massacre occurred, is entitled ‘Success and failure: July 1995′. He believes that when describing his record as EU peace mediator in Bosnia for the period of the Srebrenica massacre, the word ’success’ should appropriately be put before the word ‘failure’. Some might feel that using the word ’success’ in relation to EU policy that presided over a genocidal massacre of eight thousand people was just a wee bit inappropriate. But not Bildt, who seems quite proud of his record.

Following the Serb conquest of Srebrenica, Bildt records how he attempted in London on 21 July 1995 to dissuade the Western states from intervening militarily to defend a second Bosnian enclave that was being threatened with a similar fate:

‘[British foreign secretary Malcolm] Rifkind was a little taken aback when I started his day by saying that Gorazde was scarcely threatened, and even if this was the case, I did not believe it could be defended by air strikes. We had to focus on getting the political process going. If we left London with a bombing strategy but without a political strategy, we would almost certainly be faced with even more acts of war and suffering. But sooner or later, we would be forced to return to the political track in any case. Bombing strategies were all very well, but we should not bomb our political opportunities to smithereens.’ (p. 67).

When Serb forces based in Serb-occupied Croatia (so-called ‘Krajina’) attacked the Bihac enclave in north-western Bosnia that same month, threatening to overrun it and enact another massacre on the model of Srebrenica, Croatia – which had signed a military agreement with Bosnia on the 22nd for the defence of Bihac – responded in August with a full-scale military offensive (’Operation Storm’) against the Krajina area. According to his memoirs, Bildt made no effort whatsoever to deter the Serb attack on Bihac – which he barely acknowledges even occurred – but instead attempted to halt the Croatian counter-offensive. As Bildt records,

‘My public statement was clear: The Croatian offensive against areas inhabited by Serbs must be condemned in the strongest possible terms. This attack is occurring after negotiations have commenced, and when the Serbs are clearly willing to make substantial concessions on both economic and political matters. This will cast a long shadow over Croatia for many years to come. The shelling of the civilian population which is now being reported is particularly serious. It should be recalled that Martic, the ‘president of Krajina’, was charged with war crimes after the Serb rocket attack on Zagreb in May. It is difficult to see any difference between this and the bombardment of Knin, for which President Tudjman must be held responsible.‘ (p. 75).

In other words, the same Bildt who had made no such threat against the leaders of Serbia and the Bosnian Serbs when they were attacking Srebrenica, nor when they attacked Bihac, was now threatening the Croatian president with a war-crimes indictment for launching a counter-offensive against the Serb forces; a counter-offensive made, moreover, on the basis of an agreement with Bosnia-Hercegovina’s legitimate government for the purposes of defending part of its population from conquest and genocide. Bildt described the Serb-occupied areas of Croatia – defined as ’occupied’ by the UN General Assembly – as ‘areas inhabited by Serbs’, forgetting that these areas had had a substantial Croat population before being ethnically cleansed by the Serb forces in 1991. He found it ‘difficult to see any difference’ between the Krajina Serb extremists’ wholly gratuitous act of civilian terrorism against Zagreb’s civilians in May 1995 and the legitimate Croatian government’s bombardment of Knin, made in the course of a military offensive against the same Serb extremists who were using Croatia’s territory to attack the territory of a neighbouring state, with the likely aim of perpetrating an act of genocide.

‘I had no way of knowing who was responsible for what was happening around Srebrenica, but it was hard to imagine that Milosevic, at any rate, was unable to influence the course of events. Before going to Geneva that afternoon, I therefore sent a clear letter of warning to Milosevic. There was a clear risk, I wrote, that our talks would be completely overshadowed by what was happening around Srebrenica. The entire situation could take a turn for the worse. If the enclave were attacked and overrun, this would be a very serious provocation which might well lead to an escalation of hostilities throughout much of Bosnia. I thus urged him to do everything in his power to prevent this.’ (p. 56).

So whereas Bildt threatened Tudjman with a war-crimes indictment – a threat he was wholly unauthorised to make – he threatened Milosevic with the possibility that ‘our talks would be completely overshadowed’ !

Bildt goes on to describe how, at the time of Operation Storm, he told the press:

‘I said it was regrettable that the attack meant that Croatia had chosen war, not peace, and said that I assumed that The Hague Tribunal would examine the question of the shellfire against Knin sooner or later, in the same way that it had considered the question of responsibility for the missile attacks on Zagreb.’ (p. 77).

Bildt did not accuse the Serb leaders who had just conquered Srebrenica and Zepa, and who were now trying to conquer Bihac, of ‘choosing war, not peace’; nor did he threaten them with indictment for war crimes. Rather, his threats were directed solely against Croatia. He ends his chapter on the Croatian offensive against Krajina with the following complaint:

‘For me, the conclusion from Srebrenica was not that we should blind ourselves to atrocities committed by others, but that we had to react strongly and clearly against all atrocities. In November 1995, The Hague Tribunal indicted Radovan Karadzic and Ratko Mladic for war crimes committed in and around Srebrenica. However, as this book goes to print, the Tribunal has so far not considered anyone responsible for the massive and brutal ethnic cleansing of the Krajinas in August 1995.’ (p. 80)

Bildt, in pointing out that the Hague Tribunal indicted Karadzic and Mladic over Srebrenica, omits to mention that he did not call for such indictments at the time, in contrast to his call for an indictment against Tudjman over Operation Storm – and this despite his claim that his ’conclusion from Srebrenica’ was that ‘we had to react strongly and clearly against all atrocities’. He does not complain that ‘as this book goes to print’, neither Milosevic or anyone else from Serbia’s leadership had been indicted for conquering and ethnically cleansing the Krajina region of Croatia in the first place.

Bildt was, in other words, an arch-appeaser, who actively opposed every attempt to resist the Serb forces militarily, whether by the international community or by Croatia. He denies over half the Srebrenica massacre, and describes its child and other civilian victims as having been ‘prisoners of war’. He describes the month in which the Srebrenica massacre occurred as a month of ’success and failure’. Following the fall of Srebrenica, he attempted to block NATO air-strikes to defend Gorazde. He tried to deter the Croatian offensive against Krajina by threatening Tudjman, but made no equivalent threat to deter the Serb assault on Srebrenica. He called for Tudjman to be indicted for war-crimes, but not for Karadzic, Mladic or Milosevic to be indicted. He complained in 1998 that Tudjman had not been indicted, but he did not complain that Milosevic had not been indicted.

Some things never change. On behalf of Sweden’s EU presidency, Bildt has claimed that ‘Serbia is fully cooperating with the Hague Tribunal’. He pledged that ‘Sweden would take a pragmatic stand on the Kosovo issue, taking into account the fact that several EU member-states had not recognized the independence of Kosovo.’ Also: ‘We want to liberalize the visa regime with Serbia, but not Kosovo, as a dialogue on visa liberalization is being conducted with Serbia, not Kosovo’.

In other words, Bildt is saying that the policy of Sweden’s EU presidency will be: ‘Stuff Mladic’s Bosniak victims. Stuff the relatives of the people killed by him at Srebrenica, who still want him brought to justice. Stuff Kosovo and its people. I’m going to go on appeasing Belgrade, just as I did in 1995.’

No doubt, with Sweden at the helm of the EU, we can look forward to another glorious episode in the illustrious history of this heroic institution.

Update: Owen Beith has pointed out to me that Bildt’s Srebrenica revisionism is actually worse than I originally indicated: not only has he reduced the number of Srebrenica massacre victims to ‘more than three thousand’, but he describes them all as having been ‘prisoners of war’; i.e. captured soldiers. In fact, the Srebrenica massacre was perpetrated against the Bosniak civilian population in general, not simply against captured soldiers, and those killed included at least five hundred children underU the age of eighteen. This post has been updated accordingly.

Update no 2.: Daniel of the Srebrenica Genocide Blog has posted a refutation of Bildt’s Srebrenica revisionism in full, which I strongly recommend reading