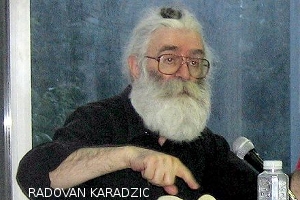 The Congress of North American Bosniaks, an umbrella organization representing the interests of 350,000 American and Canadian Bosniaks, is pleased to see the State Department’s release of documents pertaining to accusations by Radovan Karadzic, the indicted Serbian war criminal, that the U.S. government had promised him immunity from prosecution for war crimes during the Bosnian war (1992-1995). These documents clarify the US government role in dealing with Serbian war criminals.

We hope that ICTY will come out clear in regards to its confidential agreement with the government of Serbia which contained signatures of judges Theodor Meron and Fausto Pocar of the Hague tribunal, dated September 20, 2005 and April 6, 2006. The purpose of the secret agreement was clearly to hide the most relevant evidence which confirms the involvement of Serbia and Montenegro in organizing, planning and executing the aggression, war crimes, and genocide against the sovereign state of Bosnia and Herzegovina.

On July 11, 2009, people and governments around the world will be commemorating the Srebrenica genocide, when fourteen years prior, Serb forces massacred over 8,000 Bosniak civilians under the direct order of Radovan Karadzic and the command of general Ratko Mladic. After 13 years in hiding, Radovan Karadzic was brought to face justice for the systematic murder, torture, imprisonment, expulsion of non-Serbs, rape, and setting up over 1,000 brutal concentration camps. The result of his crimes against humanity and indiscriminate destruction in Bosnia and Herzegovina, against all non Serbs is the genocide and mass murder of innocent civilians, including children, women and elderly on a scale not seen since the Holocaust in Europe.

It is imperative that the victims and their families can obtain justice and closure through the international court. Therefore, Karadzic’s trial should be completed as soon as possible and should not be allowed to drag on as was the case during the trial of Slobodan Milosevic. It is also in the interest of the international community that the Hague tribunal should deliver swift justice.

CNAB also requests that Serbia and the international community do more to locate and arrest Ratko Mladic, who is still in hiding, and bring him to justice for his involvement in war crimes.