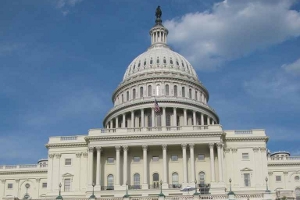 The first national gathering of young Bosnian-American professionals who have dedicated their time to advocate for issues important to the Bosnian-American community was held in Washington, D.C. during the Bosnian Days on Capitol Hill (B-H Days) from June 25 to June 26, 2009.

The goal of the B-H Days on Capitol Hill was to introduce the Washington, D.C. policymaking community to the young Bosnian-American professionals as we continue to advocate and develop joint efforts for improving the security and stability for all in Southeast Europe, with particular emphasis on Bosnia and Herzegovina (B-H).

The B-H Days on Capitol Hill comprised of a number of important meetings, briefings, and events. The Bosnian-American professionals over the two-day period attended the “Bosnia and Herzegovina: Parsing the Options” conference at the U.S. Institute of Peace. They visited a number of members of U.S. Congress which included a meeting with the co-chairs of the Congressional Caucus on Bosnia, Congressman Russ Carnahan (D-MO) and Christopher Smith (R-NJ), Congresswoman Eddie Bernice Johnson, Congressman Patrick Murphy, Congressman Mike Quigley, Senator Mark Warner, Senator Claire McCaskill, and Senator Kit Bond. The event included a briefing at the U.S. Helsinki Commission, a meeting with the Deputy Assistant Secretary of State Stuart Jones and National Security Council Director for Southeast Europe Katherine Helgerson at the U.S. Department of State, a breakfast at the Embassy of Bosnia and Herzegovina with the Bosnian Ambassador Mitar Kujundzic, a tour and lunch at the U.S. Holocaust Memorial Museum, a meeting with the Heinrich Boell Foundation North America, the Advocacy Project, and the Turkish Coalition of America. 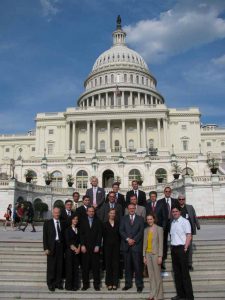 The Bosnian-American community during the two days of B-H Days on Capitol Hill expressed their sincere support for the relationship between the United States and B-H, especially when it comes to ensuring stability in Southeast Europe and developing new channels for educational and cultural programs between the two countries. At the meetings the Bosnian-American young professionals emphasized that since 1992, the United States has remained a committed and loyal ally of B-H and all of its citizens, including the Bosnian-American diaspora community in the U.S. In partnership with the international community and the Congressional Caucus on Bosnia, the United States is a leading voice in support of B-H’s Euro-Atlantic integration and NATO membership. The young professionals expressed their support for the passage of House Resolution 171 (H.Res.171) introduced by Congressman Howard Berman and expressing the sense of the House of Representatives on the need for constitutional reform in B-H and the importance of sustained U.S. engagement in partnership with the European Union (EU), which re-affirmed the United States’ commitment to support B-H in its efforts in reconstruction, peace and post-conflict reconciliation, and democratization as a united and sovereign nation.

The young professionals re-affirmed their commitment to promote the cultural and educational exchange programs in order to further consolidate the long-standing friendship between B-H and the United States. The participants stressed that exchange programs are of vital importance, and provide young professionals from B-H with an insight into the world of international affairs through the prestigious graduate programs offered by universities in United States. The participants want to enable B-H students to receive world-class education and equip them with the tools required to bring about a better future for B-H and all of its citizens. At the same time, the community is encouraging American students to visit B-H to obtain a deeper understanding of the political, social, and economical challenges facing the country going forward on its path of democracy and integration into the EU and NATO membership. Through cultural and exchange programs, the Bosnian-American community emphasized its strong support for the development of economic exchange as it will enable the two countries to further develop their economy and a strategic partnership of mutual understanding.