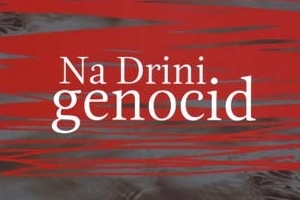 Nidzara Ahmetasevic – “Denying genocide is almost a certain sign that a country that has committed one has not gone through an awakening, which means that a danger of repeating genocide still exists.”

Such is one of the uncomfortable conclusions of this book by Edina Becirevic, noting the fact that the reality of genocide is still denied in those very regions of Bosnia where it was committed and where most people were killed in the war.

Her book, an adapted doctoral dissertation, sets out convincing evidence that genocide was committed against Bosniaks in eastern Bosnia in 1992 and 1993. By presenting hard facts, she confronts all those who claim that only the mass murders committed in Srebrenica in July 1995 can be considered genocide.

Becirevic gives an overview of genocide history, touching on the destruction of the city of Troy, the wars of Jingis Khan, the medieval Church’s crusades, the Nazi Holocaust and the slaughter in Rwanda in 1994.

To prove that genocide was committed in Bosnia and Herzegovina in 1992 and 1993, Becirevic refers to a number of key documents of the Yugoslav war crimes tribunal, ICTY, and testimonies given before the tribunal, as well as other documents pertaining to the establishment of the Republika Srpska and the connections between the Republic of Serbia and the territory controlled by the Bosnian Serb leader Radovan Karadzic during the war.

She contends that genocide was committed not only in Srebrenica, but in the eastern Bosnian towns of Zvornik, Vlasenica, Bratunac, Rogatica, Foca and Visegrad.

“The genocide methods were identical in each of these towns and villages,” Becirevic writes, mentioning that the places were first shelled, weapons confiscated from Bosniak citizens, and then civilians deported, detained in camps, or killed.

“A genocide is characterized by the lack of sanctions, but it often also refers to the international community, which frequently becomes an accessory in genocide by taking a role of a passive observer,” the author asserts.

Becirevic, who teaches at Sarajevo University but has also worked as a journalist for years, manages to elaborate an extremely difficult topic in a way that is highly readable. Her literary skills make it possible to read this book almost as if it was a bestseller.

By advancing convincing arguments and drawing on a deep knowledge of genocide theory, Becirevic will surely persuade most unbiased readers of the validity of her thesis. In doing so, she calls on a number of interviews with survivors or witnesses who used to live in the towns she wrote about.

The forward, by Professor Robert Donia, recommends the book to “all those who wonder how thousands of common human beings can transform into genocide perpetrators, attacking their former neighbours and friends”.

Becirevic dedicates part of her book to those who helped other people. One interesting example that she cites comes from the village of Rasput Njive, where the local Serbs rescued their Bosniak neighbours.

Years after the end of the war the author interviewed some of those Serbs. Asked why they helped their neighbours, one told her that he did not know why, but he would do the same again if need be.

This book represents a valuable source of information for those researching genocide history and the horrific events that took place in Bosnia and Herzegovina and the region in the early Nineties.

It also contains a wider message for all those pondering human nature in evil times. We must not forget what happened, it says. At the same time, any research into, or mention of, crimes such as genocide, needs to be done carefully and supported by strong arguments.

Genocide on the River Drina is published by Buybook – Memorija Library, Sarajevo, 2009