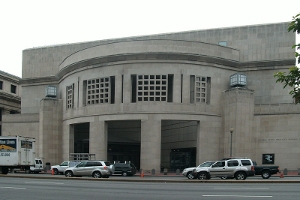 I am writing to you on behalf of the Congress of North American Bosniaks, an umbrella organization representing American and Canadian Bosniaks. CNAB condemns the bias-motivated attack inside the U.S. Holocaust Memorial Museum (USHMM) in Washington D.C. CNAB and stands with the Jewish American community and other faiths in repudiating this kind of hatred and intolerance. This is a proof that anti-Semitism and Holocaust denial are still alive.

CNAB represents Bosniak survivors of genocide, concentration camps and aggression in their homeland, Bosnia and Herzegovina. Bosniaks are still witnesses to the genocide denial, as evidenced by the recent initiative in Parliamentary Assembly of BiH to have January 27th declared as Holocaust Remembrance Day and July 11th, as Srebrenica Remembrance Day, which failed to obtain support from Bosnian Serb delegates of the smaller of the two entities in Bosnia and Herzegovina, Republika Srpska (RS).

As former president of the United States of America Bill Clinton said at the unveiling of the Srebrenica genocide memorial on September 20, 2003: “We remember this terrible crime because we dare not forget, because we must pay tribute to the innocent lives, many of them children, who were snuffed out in what must be called genocidal madness.” CNAB is saddened by the fact that the “double killing” of Holocaust and genocide victims in the world still exists and there are still those who deny these events occurred. CNAB reiterates its strong condemnation of genocide and Holocaust denial.

We are grateful for the USHMM support of keeping the memory alive of all the genocide victims from Bosnia and Herzegovina. To raise awareness about the 1995 Srebrenica genocide, the USHMM recently published series of videos documenting eyewitness testimonies. We reiterate our full support for the work of the USHMM and we extend our deepest sympathies to staff affected by the shooting perpetrated by the white supremacist. Our hearts go to the family of the U.S. Holocaust Memorial Museum’s security officer Stephen Tyrone Johns who was killed protecting the memory of the Holocaust victims.

President of the CNAB