Skip to Content
Home English Letter to UoM: Carl Savich is Genocide Denier and Unreliable Source for the Holocaust Research

Update: July 10th, 2009: Response from the University of Minnesota

The following petition is an initiative of the Congress of North American Bosniaks. We thank Daniel Toljaga, Hikmet Karcic, and the Center for Holocaust and Genocide Studies for their help. The response we received from the UoM is also included. 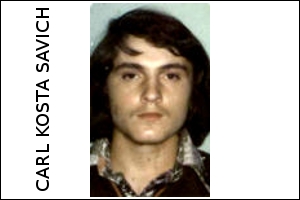 Esteemed President Bruininks and Faculty and Staff members at the Center for Holocaust and Genocide Studies:

The Congress of North American Bosniaks (CNAB), an umbrella organization representing American and Canadian Bosniaks, is appalled that an esteemed institution such as the University of Minnesota has published Serbian propaganda on its web page. Please refer to the web address: www.chgs.umn.edu/museum/memorials/bosnia/ where the topic of Holocaust and the recent genocide in Bosnia and Herzegovina are viewed from a single and unfortunately extremely biased source – that of one Carl Savich. Moreover, the references he makes to serbianna.net reveal just what an ultra-nationalist Savich is.1

Instead of relying on the abundance of material and research done by highly respected international / US historians and academics such as Dr. Noel Malcolm, Dr. Marko Attila Hoare, Dr. Ivo Banac, Michael A. Sells, Dr. Robert J. Donia, Dr. John V. A. Fine to mention just a few, your institution chose to promote the personal agenda of the obscure and biased Savich who does not even list genuine verified historical evidence and even goes so far to add falsehood to his claims stating that the “Entire Jewish and Serbian communities in the Sarajevo region were destroyed.” As post-war Yugoslav censuses have already proven, this was not the case and the Jewish-Bosnian community remained in Sarajevo where it coexisted and prospered with all others for the previous 500 years – until the most recent 1992 brutal aggression on Bosnia forced Jews and Bosnian Muslims to flee as refugees which resulted in a sharp decline in numbers.

Bosnian historians and academics such as the late Dr. Muhamed Hadzijahic, Dr. Atif Purivatra, Dr. Branko Djurdjev, and Valdimir Dedijer studied the topic of the Holocaust within the wider context of WWII and Balkan wars. In more recent times Nihad Halilbegovic, Dr. Paul Cohen, and Dr. Smail Cengic wrote extensively on Holocaust in Bosnia and all its often unknown and denied victims. In particular, very thorough research from the Nazi archives presented in the following books Zijo Sulejmanpasic “13. SS Handzar Division: the truth and lies”; George Lepre “Himmler’s Bosnian Division” Rolf Michaelis “Gebirgsdivisionen der Waffen-SS”. These are all available today in English.

The French town Villefrance-de-Rouergue has honored Bosnian soldiers every year on September 17th as anti-fascists for the past 6 decades.

Furthermore, Savich deliberately skates over the fact that in October 1942, in the midst of Nazi-occupied Europe and alone on the Balkans, thousands of Bosnian Muslims signed a petition, submitted to Croatia’s Nazi regime requesting legal and physical protection for their Jewish and Roma neighbors. Therefore individuals mentioned in Savich’s quotes and on the UoM web page are rather the exceptions than the rule for Bosniaks (Bosnian Muslims). In fact, many Bosniak Muslims hid their numerous Jewish neighbors and their most prized treasures, causing many of these valiant Muslims to become persecuted themselves – by Croatian Nazi and Serb Communist regimes alike. The example of Dervis Korkut’s family is only one such among many.1

What Carl Savich and Bosnia genocide deniers all have in common is a desire to re-frame Serbian war crimes as heroic acts while demonizing the Muslim inhabitants of the Balkans, “thereby countering the perceived brainwashing of the human race by imperialist propaganda” as Savich likes to call US media. Please refer to the attached articles from Serbianna.net web site. Such a radical position as that has no place in an institution of higher learning. Furthermore, members of Carl Savich’s circle often seem genuinely unable to distinguish between the recent Balkan wars and World War II and for this reason, more than any other part of the world, the former Yugoslav federal state of Bosnia-Herzegovina is portrayed as the place of “civil war” and “ancient hatreds” instead of “bridge between the cultures” as Bosnians themselves call it.

It is terrifying to read the claim quoted on Center for Holocaust and Genocide Studies page that temples of faith and compassions, “the churches, the cathedrals, the mosques, and the synagogues are the remaining symbols of this battle and conflict between cultures and empires.” For Bosnians these institutions have always been a place for interfaith dialogue, ancient wisdom and learning and any hate preached from the pulpit was brought from the outside, not conceived by Bosnians.

Bosnia and Herzegovina has already become a moral battlefield, a “world war” if you like, “in terms of the focus, money, alliances formed (Russia, Serbia, and Greece against the West) and alliances discredited (such as NATO, the OSCE, the European Community, and the UN).”

Please do no allow the name and the history of the Bosnian people to become victimized by Serbian propaganda via so called “Holocaust education.” The denial of the genocide against Bosniaks puts the credibility of the entire University of Minnesota at stake and we as the representatives of Bosnian Diaspora in North America must protect Bosniak honor from bigotry.

Cc: Faculty and Staff at the Center for Holocaust and Genocide Studies

1.  This is an excerpt from Carl Savitch’s article “U.S. Presidential Election 2008” from November 2, 2008; “Like Obama and Biden, McCain and Palin seek to continue the anti-Serbian, anti-Russian, and anti-Orthodox policies that have characterized U.S. foreign policy since the breakup of Yugoslavia in 1992. McCain and Palin seek the expansion of NATO in the Balkans and in the Caucasus. Like Obama and Biden, both seek the military and strategic encirclement of the Russian Federation and both seek to maintain anti-Serbian policies, preventing a resurgence of Serbian “nationalism” and drastically restricting Serbian sovereignty over its own territory. www.serbianna.com/columns/savich/105.shtml

RESPONSE from the University of Minnesota, Center for the Holocaust and Genocide Studies:

I apologize for this mistake. I have sent a request to our website team asking them to remove the link to the Carl Savich article and also to remove the reference to Carl Savich in the first paragraph. This should
be done either today or tomorrow.