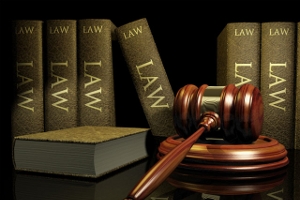 1. Existing CNAB is the only lawful CNAB

All interested persons are advised that Article V, Section 4, of CNAB Bylaws state that “Vacancies in the Board shall be filled by a majority vote of the Board then in office, whether or not less than a quorum, or by a sole remaining director.”

Moreover, Article V, Section 10, states that “A simple majority of directors then in office shall constitute a quorum for the transaction of business.” For your information, and in consultation with CNAB attorney licensed in the state of Illinois where CNAB has been registered, such CNAB Bylaws statements fully correspond to the laws of the State of Illinois. Therefore, the members of the Board of Directors of CNAB, unanimously elected at the General Assembly of CNAB in St. Louis, represent the official and lawful governing body of this organization.

Further, in July of 2008 (confirmed via email on August 1, 2008), when 4 members of the CNAB Board of Directors elected to leave the same, the remaining members had the right to fill those positions, which they chose not to do at that time. The CNAB Board of Directors could have had only one remaining member of the Board and still be legally valid. Those members of the Board who chose to leave the Board do not have any rights within CNAB from the day of their resignation. Under the CNAB Bylaws and the laws of the State of Illinois, the remaining and newly elected members of the Board (from Assembly meetings in St. Louis and Grand Rapids) represent the only official governing body of this organization and, as such, have the right to make all decisions concerning the same.

2. Confusion and smear campaign in the media

All individuals who still to this day write or make any statements in contravention of above facts do so following their own reasons which are contrary to the benefit of CNAB. As analyzed above, the stories about how many members of the Board of CNAB elected in St. Louis are still on its Board are of no importance, irrelevant and only create confusion among the members of CNAB, Bosniaks in North America and in Bosnia and Herzegovina proper. All those who write or make such statements shall immediately cease and desist doing so. If they have any issues with the current CNAB membership they have full right to create a new organization separate and apart from CNAB.

3. Official position of CNAB Board of Directors on media communications

No member of the CNAB Board of Directors has ever and in any form made a disparaging statement or publish any condemnation of the former members of its Board who have resigned from same, nor any related party – organization or individual.