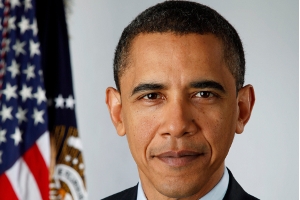 We are addressing you in the name of 350,000 North American Bosniaks who overwhelmingly voted for you in the latest presidential election believing in your promises and your vision for the future of the USA, and also the future of the new world order based on justice and mutual respect. We were especially impressed by your initiative for world peace and relations based on better mutual understanding and respect for different cultures, religions, and traditions.

North American Bosniaks and those who consider Bosnia their country of origin have not and will never forget the help which the American people extended to the Bosnian citizens during the hardest days in the darkest hours of their history: during the 1992-1995 aggression. Thanks to active and resolute political engagement of the American administration, headed by President Clinton at that time, the massacre, genocide and ethnic cleansing of Bosnians from their century old homesteads were stopped. Believing foremost in the friendship and support of the American people and its administration, representatives of the Bosnian government and the State of Bosnia and Herzegovina signed the Dayton Peace Accord [in 1995] that brought peace but failed to deliver justice that was expected to follow – all Bosnians and pro-Bosnian citizens had the right to expect justice to follow relying on international conventions and respect for human rights.

Unfortunately, even seventeen years after Dayton, Bosnia is a country plagued by segregations and de-facto apartheid reflected the clearest in the educational system, reluctance to allow refugee return, impediments on free speech and freedom of press, as well as the right to work – all of which are characteristics of a normal life in a 21st century. Many accused of war crimes are still free, and local war criminals are roaming streets of Bosnian towns and instilling fear in their victims and victims’ families. What is even worse, those in charge of enforcing the provisions of the Dayton Peace Accord are creating panic and fear among returnees and peaceful Bosnian citizens with their daily interviews and threats of secession. In addition, all the Bosnian efforts to join the EU, where Bosnia according to its century long tradition of multiculturalism and peaceful coexistence belongs, are being blocked and impeded. Political representatives of the smaller entity Republika Srpska (RS) negate constantly Bosnian thousand-year-long statehood, they change century old names of Bosnian towns, block daily activities of the government agencies, and all for the ultimate goal of showing that Bosnia as a state cannot function. Even though they make blanket statements saying that they are for Bosnia within EU, they are selling off Bosnian natural resources to Russian entities and individuals with capital from dubious sources in order to tie Bosnia politically and economically to those forces in Russia. This specifically was the reason why the Bosnian integration into the EU was halted even though 80% of the Bosnian population is in favor of the EU integration. This process of integration must not be stopped, and that is the reason why we are asking, better yet, requesting American influence and experience in this process so that the existing standstill in the democratic, political and economic development of Bosnia is overcome. Your administration with you at the helm and with officials who are very well acquainted with the situation in Bosnia, has the influence and the values needed to correct the weaknesses of the Dayton Peace Accord from 1995 most felt by the Bosniaks, who are treated as second-class citizens in more than half of Bosnia.

Bosniaks have always been and still are open to dialogue and wish share their living space with their neighbors, Serbs and Croats, but they will never accept amputation of a part of their country, negation of their right to self-determination, and to a sovereign country.

Bosniaks have always advocated reciprocity in cooperation based on equality, but they will also use all means to defend against any attempt to destroy their identity and unified Bosnian state and civil societies. Bosniaks possess potential that qualifies them to be the key partner in shaping Bosnian future, as well as a key factor for a peaceful Balkans. Our persuasion is that the lasting peace in the Balkans is only possible through vigorous application of truth and justice.

It is in the interest of the United States to have a stable, democratic, unified, independent, sovereign, and prospering Bosnian state. North American Bosniak, who have very recently been victims of aggression and genocide, believe that Dayton Peace Accord was unfair and that the American intention to reestablish Bosnian pre-war multidimensional state and civic societies was never accomplished. What we have in Bosnia today is the endorsement of ethnic cleansing, aggression and genocide.

For this reason, CNAB is asking you for additional efforts to affirm Bosnia as a historic creation, an independent civic and secular state and a society in which one accepts, respects, recognizes and tolerates different opinions and peoples. CNAB wants the USA to invest its enormous political power and its massive democratic authority for establishment of Bosnian dignity based on the highest standards for human rights and the rule of law.

Both Americans and Bosniaks strive to have friendly relations and to cooperate with a billion and a half of Muslims across the world. Bosniaks, as European Muslims, can play the pivotal role in the American realization of this goal. Without more concrete and more active American engagement in the form of a special envoy to Bosnia and the Balkans, that region is destined to remain a silent fire that can endanger peace and growth of the whole vicinity and spread even wider.

CNAB hopes and invites you cordially to be the one person who will start the process of finding lasting peace that is based on the principles of law, justice and respect for Bosnian rights who, it is our hope, were the last victims of genocide on European ground after World War II.

We respectfully request more active and positive engagement by your administration in Bosnia and Herzegovina. Bosniak Americans stand ready to assist you in these efforts.

Cc: The Honorable Joe Biden
The Vice President of the United States of America