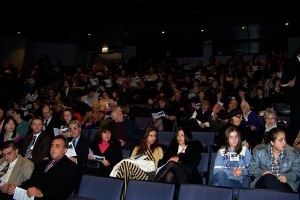 On November 22, 2008 the Congress of North American Bosniaks, Chicago Chapter and the American Music Festivals presented a night of the arts to celebrate Statehood Day of Bosnia and Herzegovina at Northeastern Illinois University in Chicago, Illinois. The combination of ethnic inspired classical music and the fine art displayed, embodied the sense of community and roots.

Prior to the performance two other artists, David Zoberis and Ivica Jurisic exhibited their artwork. The exhibit was filled with Sarajevo Olympics inspired photographs by Ivica Jurisic and fine art by David Zoberis. After performing anathemas of USA and Bosnia and Herzegovina, the Lincolnwood Symphony Orchestra with the direction of Philip Simmons performed Symphony No.1 in C Major, op.21, by Ludwig van Beethoven.

The orchestra was then joined by Denis Azabagic, a Bosnian classical guitarist for a remarkable performance of Concierto de Aranjuez, by Joaquin Rodrigo.

The big finale, Sevdah Medley composed by Ilya Levinson, was the highlight of the eventful evening. Audience members clapped, and softly sang along to the old Bosnian songs, for the first time in classical interpretation. 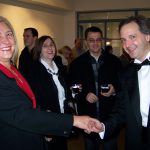 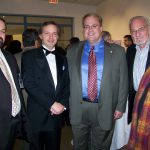 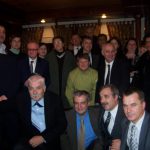 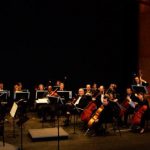 The combination of fine arts and musical arts created a very exiting atmosphere for the four hundred guests who arrived for the festivities not only from Chicago and vicinity, but also from Canada, Georgia, Indiana, Iowa, Missouri, New York, Ohio, Wisconsin. and has created an exciting tradition for years to come for the Bosnian-American. community. The exhibit was filled with admiring guests and important members not only of the Bosnian community, but also of the community in general. Esteemed guests included: