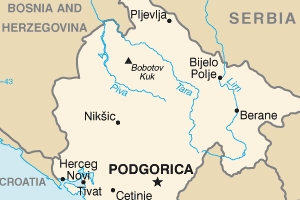 Montenegro’s Foreign Minister says Podgorica and Bosnia will launch a joint probe into the case of deported Bosniak refugees from Montenegro during the Bosnian war. Milan Rocen said he hoped that the Montenegrin public prosecutor would propose measures concerning the case of the deportations of Bosniaks (also known as Bosnian Muslims) from Montenegro by December.

Around 150 Bosniaks were arrested and deported from Montenegro in 1992. Montenegrin police turned over at least 48 people to the Bosnian Serb authorities, while more than 80 Bosniaks were murdered.

No one has been held to account for these crimes. Rocen said that the Montenegrin government had set aside $5 million for the return of Bosniak refugees from the village of Bukovic near Pljevlja, whose residents were abused, murdered and driven from their homes in 1992 and 1993.