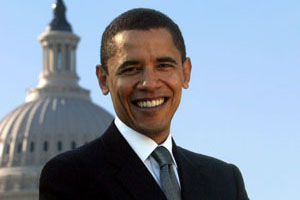 Senator Barack Obama
President-Elect of the United States of America

On behalf of 350,000 American Bosniaks, The Congress of North American Bosniaks would like to extend our congratulations to you for being elected the 44th U.S. President of the United States of America.

American Bosniaks are very proud of you and the historical event that this election has been. You have made history for this nation and a dream has become a reality because you believed and pursued it.

In the wake of this historic event and all that the future will bring, American Bosniaks hope that justice and a bright future will be ahead for Bosnia and Herzegovina after many years caused by the genocide and destruction brought to our homeland.

We wish you luck and success, and extend our sincere support to your administration in bringing peace, democratic, political and economic reforms to the United States, Bosnia and Herzegovina as well as the rest of the world. CNAB looks forward to opening a dialog with your administration on Balkan issues, and hopes to be a resource for you if at any time we may assist. American Bosniaks are excited about the change that is forthcoming!

Best wishes for the success of your Presidency.