Skip to Content
Home English CNAB Requests Inquiry: Many Bosnian Citizens in the US Have Not Received Voting Forms 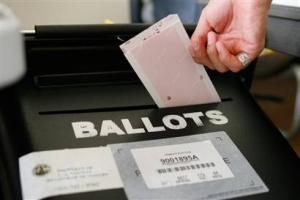 Congress of North America Bosniaks (CNAB), an umbrella organization representing American and Canadian Bosniaks, is bringing to your attention serious issues about the forthcoming local elections in BiH. Many Bosnian American citizens have complained that they have not received their voting papers, even though they have registered to vote. This is a serious breach of election law in Bosnia and is a repeat of previous years’ failure to provide adequate documentation to Bosnian citizens who live abroad.

Many of those who have registered were expelled during the war by the aggression and ethnic cleansing policies of the “Republika Srpska” entity. This is a just a continuation of the policy of creating ethnically clean areas. CNAB requests an immediate inquiry into why many of those who have sent in their documents from the United States have not received their voting paperwork.