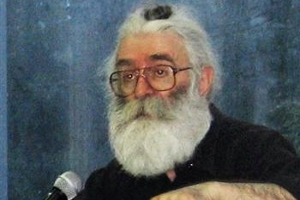 The Congress of North American Bosniaks (CBNA), an umbrella organization representing 350,000 Bosniaks living in The United States and Canada, welcomes the news of the arrest of the notorious Serb war criminal, Bosnian Serb wartime leader, Radovan Karadzic in Serbia.

After 13 years in hiding, Radovan Karadzic will finally be brought to face justice for the systematic murder, torture, imprisonment, expulsion of non-Serbs, rape, and setting up over 1,000 brutal concentration camps.

The result of his crimes against humanity and indiscriminate destruction in Bosnia and Herzegovina, against all non Serbs is the genocide and mass murder of innocent civilians, including children, women and elderly on a scale not seen since the Holocaust in Europe, with over 200,000 dead civilians, 50,000 raped women, thousands of sacred and historic monuments destroyed.

In July of 1995, Serb forces massacred over 8,000 Bosniak civilians after the Bosnian Serb troops, under the command of another war criminal in hiding, Ratko Mladic, captured the UN “safe area” Srebrenica. Karadzic authorized the attack on Srebrenica, which came to be known as Europe’s worst slaughter of civilians since the Holocaust. The arrest and trial will give some peace to the families of those who were killed.

The Serbian government should arrest Ratko Mladic, as well as the other war criminals in hiding, so they can be brought to justice.