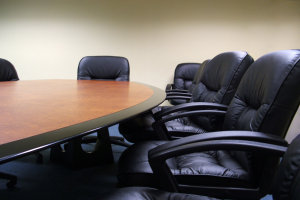 The congress of CNAB had to convene for two days this time due to a very long agenda. On the first day, the Congress adopted documents that laid the path for the future engagements of the umbrella organization of North American Bosniaks.

To this effect, the Congress adopted the report about realizing the strategic interests of CNAB, such as local elections in Bosnia and Herzegovina, dual citizenship, constitutional amendments, activities with the goal of protecting vital interests of American and Canadian Bosniaks as well as activities to strengthen CNAB itself.

Congress also adopted the proclamation that opens the door to organizing the World CNAB, an institution that would initiate work on Bosnian national program, would work on opening a Genocide Museum and would establish a Bosnian Academy of Arts and Sciences.

The Congress adopted the call to the Diaspora to participate in local elections with a precise plan of operations and activities agenda regarding this matter. In the end, the Declaration of CNAB was adopted which defines basic targets for future projects.

During the first assembly of the CNAB, that was convened right after the Congress, the following individuals were elected to the key functions of the governing board:

After the assembly, professor Ramic used the opportunity to thank the organizational committee for preparing the 13th Congress of CNAB and for delivering an outstanding event coordination, and then congratulated all the elected members of the GB of CNAB and asked them all to further the ideas and goals of CNAB. He also thanked former members and all the presidents for great participation and commitment to CNAB. He invited all Bosniaks and friends of Bosnia to go to the next, the 14th Congress of CNAB that will be held in Jacksonville, FL next year.