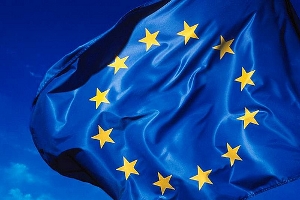 The Congress of North American Bosniaks [CNAB] calls on the state authorities of Bosnia-Herzegovina to remove “BH” lawyers Monika Mijic and Ljiljana Mijovic from their positions at the European Commission for Human Rights. While appointed to represent the rights and interests of all citizens of Bosnia & Herzegovina before the Commission, they are exhibiting unrefined and unprofessional partisanship at the expense of the citizens who they are obliged to protect.

CNAB is particularly appalled at the abuse of the authority and trust by these two lawyers in the case of Avdo Palic who are obliged to faithfully and professionally represent Bosnia-Herzegovina and all its citizens at the European Commission for Human Rights in Strasbourg, but have opted to veer sharply in shielding the entity of Republika Srpska from the legal scrutiny of the Commission. These two lawyers are Serb. However, we do not object to their ethnicity, but that ethnic and political considerations seem to be the only criteria applied in addressing Avdo Palic’s case and European standards of legality, justice and human rights before the Commission.

Avdo Palic (April 4, 1958 – 1995) was a colonel in the Army of the Republic of Bosnia and Herzegovina who commanded ARBiH forces in the Žepa enclave during the 1992-1995 war in Bosnia and Herzegovina. He gained notoriety for commanding an ill equipped force which defended the enclave in the face of overwhelming odds. Zepa in 1993 also became one of the “safe areas” and “protected zones” for which the United Nations and NATO took responsibility to defend against Serbian attack. Mr. Palic worked with UNPROFOR in optimizing the humanitarian necessities and defense of Zepa. On July 27, 1995, when Zepa became the next target of Ratko Mladic’s forces after the assault on the “safe area” of Srebrenica had been executed, and despite the UN and NATO protected zones, Avdo Palic was encouraged and escorted by UNPROFOR to negotiate a “surrender” of the enclave under a flag of truce. He met with the so called “Army of Republika Srpska” officers and was detained. The International Committee for the Red Cross documented him a prisoner, and he was last confirmed alive in a prison in Bijeljina in August 1995. He has not been seen nor heard from since. The authorities of the Army of Republika Srpska first disawoved any knowledge of Mr. Avdo Palic having been a prisoner. They were confronted with photographs of his meeting with Republika Srpska officers as well as testimony. No valid rationale has ever been offered for Mr. Avdic’s whereabouts or his fate.

The “BiH lawyer” Monika Mijic in Strasbourg (at the European Court of Human Rights) has been arguing that it is not in the jurisdiction of the Court to rule on the case submitted by Esma Palic, Avdo’s wife, since the events around Avdo’s arrest happened before the European Convention on Human Rights entered in force in Bosnia.

The reason Monika Mijic argued against the possibility of European Commission’s ruling on the Palic case is because she understands that Republika Srpska would be found liable not only for Mr Palic’s disappearance, but also for a number of other directly related events that led to his disappearance – notably, genocide of Bosniaks in the enclaves of Zepa/Srebrenica. It is clear that Monika Mijic does not represent the interests of Bosnia-Herzegovina, but the interests of Serb entity – Republika Srpska, even if such conflicts with the rights of citizens, the European Convention on Human Rights and indeed International Humanitarian Law. The acquiescence as well as complicity in violations of the European Convention and International Humanitarian Law should not only disqualify but also draw censure and further potential legal sanctions.

Ostensibly B&H judge at the European Commission for Human Rights, Ljiljana Mijovic, has also known to be openly pro-Serbia oriented. For example, in February 2003 edition of the Serbian magazine, Glas Javnosti, (titled: “Genocid je individualno krivicno delo“) she argued to disprove Bosnia-Herzegovina’s claims about Serbia’s responsibility for genocide. She sided with Serbia by arguing that the state governments cannot be held responsible for genocide – (exactly the same defense tactic Serbia used in proceedings at the International Court of Justice). Neither Monika Mijic, nor Ljiljana Mijovic represent the interests of Bosnia-Herzegovina. They are using their privileged positions at the European Commission for Human Rights to advance the causes of Republika Srpska at the expense of genocide victims and in direct contravention to their sworn responsibilities to all the citizens and to advance the rights and norms of the Eurpean Convention.

CNAB supports and encourages European Commission on Human Rights to proceed and issue ruling on the Palic case.

CNAB strongly condemns actions of both Monika Mijic and Ljiljana Mijovic at the European Commission for Human Rights. Their actions are politically motivated, they undermine the Rule of Law, and damage Bosnia-Herzegovina’s reputation in the world. Most importantly, their actions damage painful process of reconciliation among different ethnic groups of Bosnia-Herzegovina.

We must act now to save the dignity of genocide victims and to remove politically motivated lawyers misrepresenting Bosnia-Herzegovina at the European Commission for Human Rights. We must form non-partisan, multinational team of lawyers (from different ethnic groups, if necessary), who will put politics aside and do their work to advance human rights and help victims of genocide find the truth about their loved ones.