Skip to Content
Home English CNAB Letter: It is Time to Bring Gen. Lewis MacKenzie into a Court of Law 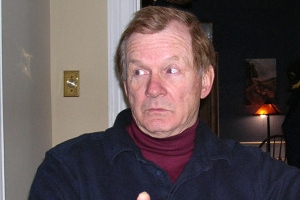 Maj.Gen. Lewis Mackenzie (ret.) defended himself, in 1997, before the Somalia Commission of Inquiry (dealing with the murder of a Somalia while in custody of Canada?s military). In particular, he was accused of : “exercising poor and inappropriate leadership”, “failure to ensure that steps were taken to investigate and remedy the significant leadership and discipline problems of which he was aware”, and, most notably, as per item 6, “(failing) to ensure that all Land Force Central Area (LFCA) personnel in Canadian Joint Force Somalia were adequately trained and tested in the Law of War or the Law of Armed Conflict including the four 1949 Geneva Conventions for the protection of victims of armed conflict”. (Quotes are from Minister of Public Works and Government Services Canada, 1997).

Bosnians will never forget the statement that Gen. MacKenzie made during an interview with the Canadian Business Journal, when he boasted how he bullied Mr. Alija Izetbegovic, President of the independent, sovereign, internationally recognized country – Bosnia and Herzegovina.

A uniformed soldier, whose fundamental duty was to execute orders while succumbing himself to the civilian oversight, he took great pleasure in humiliating President Izetbegovic as follows : “If you don’t sign this now, I will fry your ass on the CNN tonight!”. This shameless display of arrogance was in relation to a massacre of citizens of Sarajevo at a local market.

In spite of all of these significant failings, Gen. MacKenzie was decorated, then proclaimed a national hero, and, subsequently, inducted by Her Majesty into The Order of Canada.

Congress of North American Bosniaks (CNAB), {www.bosniak.org} is of opinion that it is time to finally bring Gen. MacKenzie into a court of law to answer the charges, registered against him by M. Bisic, Military Prosecutor of Bosnia and Herzegovina. Prosecutor Bisic has long been demanding international assistance to formally serve Gen. MacKenzie with court papers accusing him of raping four Bosniak women. Witnesses have testified that Gen. MacKenzie committed rape of those women at the motel “Kod Sonje” in Vogosca, just outside of Sarajevo.

CNAB is of opinion that it is time to establish, openly and publicly, what kind of friendship existed between Gen. MacKenzie and the criminals the like of Karadzic and Mladic, who committed crimes against humanity and who planned and executed genocide and aggression against Bosnia and Herzegovina.

The so-called free world and, especially, Canada’s establishment, are quiet about all of this although they know that Gen. MacKenzie ate, drank and danced at the Karadzic’s daughter’s wedding.

CNAB is of opinion that it finally is the time to take away the layers of protection that the government of Canada bestowed upon Gen. MacKenzie. Up until now his protectors have successfully defended him in the court of public opinion because of those layers of protection.

Carla del Ponte, Chief Prosecutor of the International Criminal Tribunal for Yugoslavia, declined, in a personal letter to a Bosniak living in Canada, to prosecute Gen. MacKenzie as the news media reports, published in numerous papers of the day, were, according to her, based upon rumours?.

Is it not a duty of every prosecutor to investigate even rumours?

In closing, CNAB is of opinion that it finally is the time to investigate why Mike Harris, former Premier of Ontario, wanted to install Gen. MacKenzie as his personal advisor on terrorism at the time. And also to find out why he did not do it, although he made a public proclamation about that appointment. Was it because he received an email from a Bosniak who warned him about Gen. MacKenzie and his ultranationalist Serbian friends?