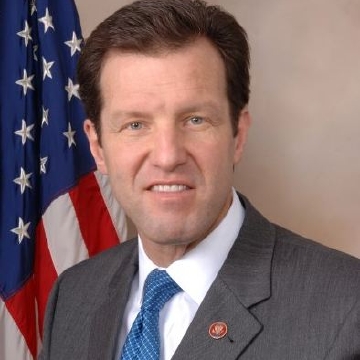 Congressman Russ Carnahan served in the U.S. House of Representatives from Missouri for eight years, 2005-2013.
He was the founder and Co-Chair of the Congressional Caucus for Bosnia, and represented the St. Louis district with one of the largest populations of Bosnian-Americans in the country.

Russ Carnahan served in the U.S. House of Representatives from Missouri for eight years, 2005-2013. During his tenure in national government, he was a recognized leader in sustainable energy technologies, promoter of intelligent transportation systems (ITS), advocate for veterans, and champion of U.S smart power strategies through international engagement.

In order to facilitate dialog and find common ground between political parties, he Co-chaired the bipartisan Center Isle Caucus.

Carnahan is a member of the prestigious Council on Foreign Relations and continues his work consulting on Business, Non-Profit and Governmental projects. Since leaving Congress in 2013,
he joined his wife Judge Debra Carnahan as a Principal at Carnahan Global Consulting.

Carnahan also volunteers as a Member of the Selection Committee for the Mel Carnahan Public Service Award (named after his late father Missouri Governor Mel Carnahan) at the Harry S.
Truman School of Public Service at the University of Missouri.

Carnahan is a graduate of the University of Missouri-Columbia School of Law and the School of Business and Public Administration.