Skip to Content
Home EventsBOSNIAN GENOCIDE AND ITS AFTERMATH

BOSNIAN GENOCIDE AND ITS AFTERMATH 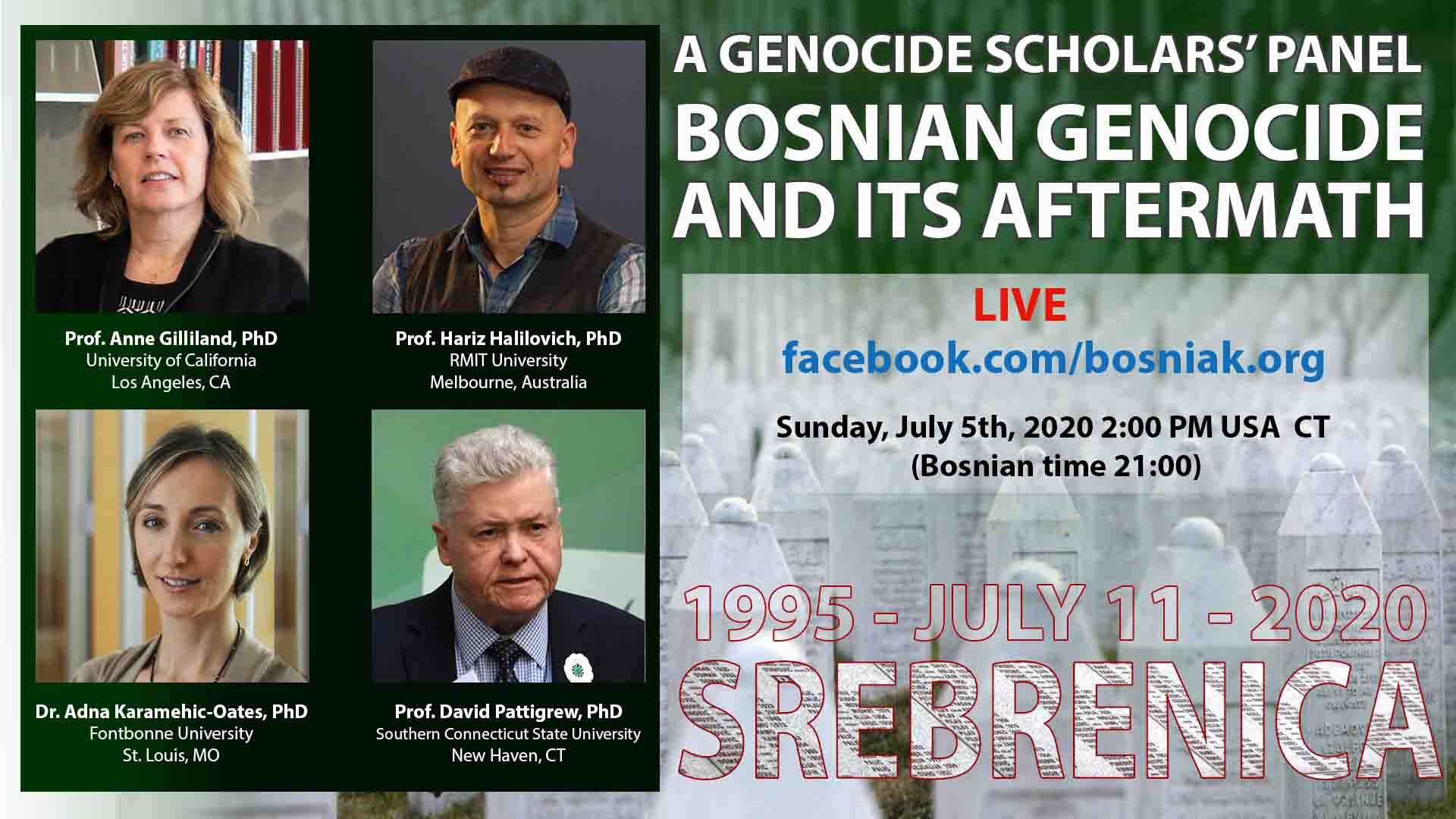 To mark the 25th anniversary of the Srebrenica genocide, on Sunday, July 5th, 2020 at 2:00 PM CT on the Congress of North American Bosniaks’ facebook page facebook.com/BOSNIAK.ORG we hosted online panel discussion titled “Bosnian Genocide and its Aftermath.” Scholars in the fields of genocide, memory and archival studies addressed ongoing revisionist efforts about what happened in Srebrenica, and discussed the importance of countering this rhetoric in order to defend the truth.
The panel was introduced and moderated by Dr. Adna Karamehic-Oates, Associate Director of the Bosnia Memory Project at Fontbonne University. In this role, she conducts oral histories with members of the Bosnian diaspora in order to inform and facilitate future academic research on genocide, displacement and Bosnia. The Project also maintains and continues to build an extensive collection of materials on Bosnia, many of them rare items.
We also had Dr. Anne Gilliland, from the University of California Los Angeles, where she is the Associate Dean for Information Studies in the School of Education & Information Studies, as well as Professor and Director of the Center for Information as Evidence. Dr. Gilliland’s work addresses recordkeeping and archival systems and practices in support of human rights and daily life in post-conflict settings, especially among displaced and diasporic populations.
Dr. David Pettigrew is Professor of Philosophy at Southern Connecticut State University in New Haven, where he created and teaches a course titled “An Introduction to Holocaust and Genocide Studies.” Dr. Pettigrew is a member of the Steering Committee of the Yale University Genocide Studies Program and lectures and writes about the genocide in Bosnia.
And finally we had Dr. Hariz Halilovich, an anthropologist and genocide scholar based at RMIT University in Melbourne. He is the author of the award-winning book “Places of Pain”, in which he describes the effects of genocide on the local communities in Bosnia and in the diaspora.