Skip to Content
Home EventsThe Art of Respect: Journey of the Sarajevo Haggadah

The Art of Respect: Journey of the Sarajevo Haggadah 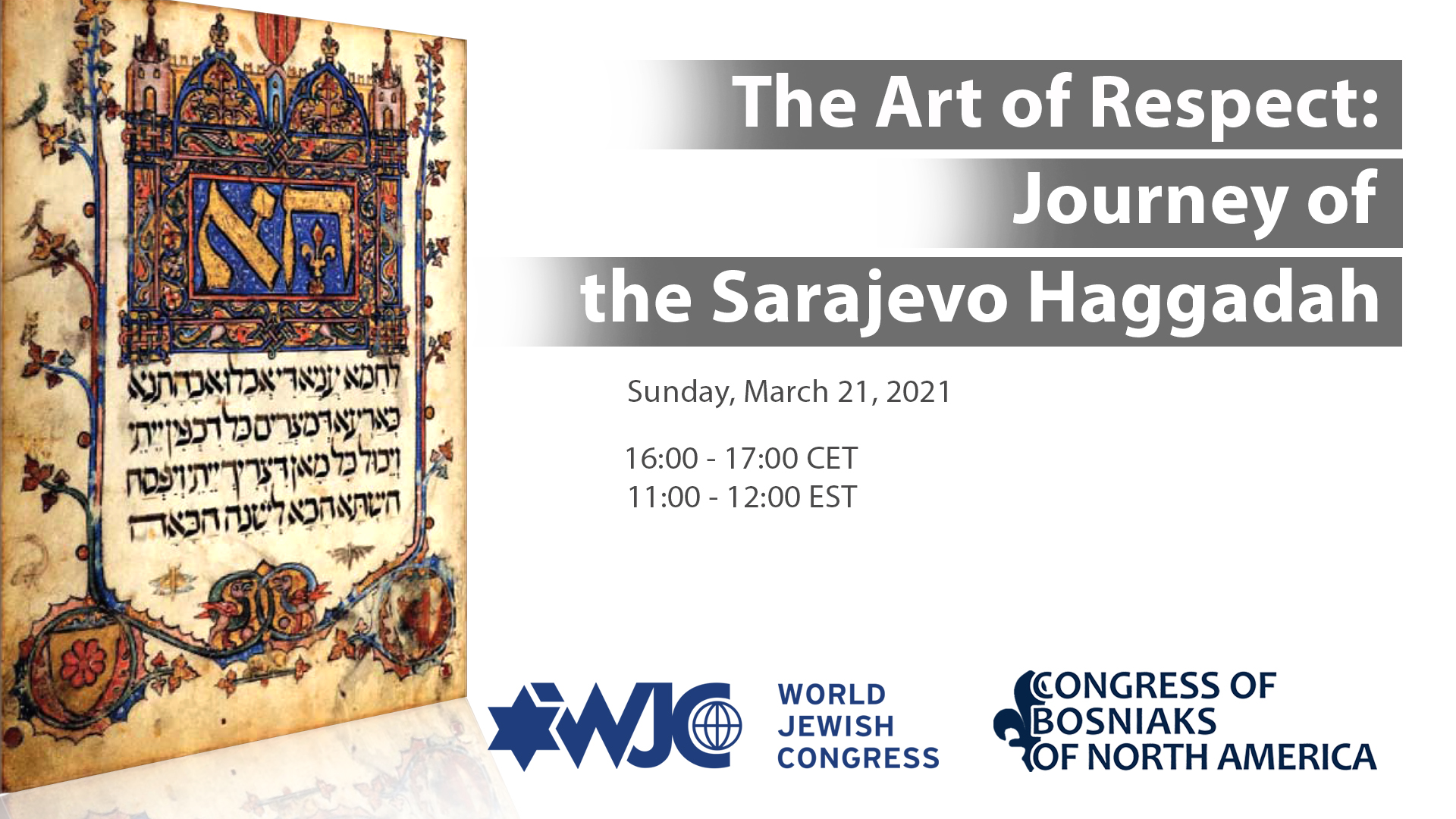 The Sarajevo Haggadah represents an exquisite example of the medieval Hebrew illuminated and decorative art. It is a manuscript written on parchment, with a series of superb illuminations. According to David Stern, a professor of Jewish and Hebrew literature at Harvard University, the Sarajevo Haggadah is “probably the most famous medieval illustrated Hebrew manuscript, period.”

This priceless masterpiece of medieval Judaica most likely originated in 14th century Spain. It is known that the Haggadah left Spain after the expulsion of Jews in 1492, traveled throughout Europe, and most likely arrived in Sarajevo with Jews who found refuge in the city during the 16th century. Sarajevo is a city known as “small Jerusalem”, or as the Sephardim would say, “Saray el chico Yerusalai”.

The Sarajevo Haggadah has survived many hardships, and yet, more than six centuries later, it still lives and connects people. It is a beacon of hope, and in its own unique way, a symbol of the Exodus.