Skip to Content
Home English Bosniak Canadians must vote in the Canadian elections on October 19th, 2015 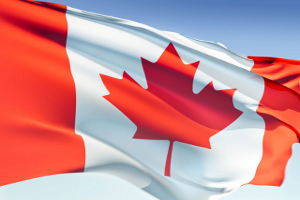 We strongly encourage all Canadian Bosniaks who are eligible and registered to vote to participate in Canadian political life and vote on Election Day – October 19, 2015 and thus demonstrate:

2) interest in active participation in the Canadian political process,

3) willingness of Canadian Bosniaks community to influence election and its results in Canada.

Voting is a privilege that enables every citizen to have a say in how your government is run. Your vote is your voice. It’s one of the most valuable, powerful things we own. Therefore, use it.

The Bosniak community in Canada plays a significant part in the Canadian political arena. Bosnia and Herzegovina as a sovereign state and Bosniaks as a sovereign people deserve their own place in Canadian politics. Canadian elections are an opportunity for Bosniaks to present themselves as politically active and informed constituents in the Canadian electorate. The Bosniak votes may prove significant enough to influence the Canadian political course for the betterment of our communities and of Bosnia and Herzegovina.  The Canadian elections are also an opportunity to support those representatives who share our vision of a multiethnic, multicultural, multireligious, unified, democratic state of Bosnia and Herzegovina as an open, free and civil society. This is also our opportunity as a community to participate in the democratic process, to support and elect candidates of our choice who address issues of importance to our community. We hope that in choosing the candidates to support, the community considers the position of the candidates on balanced policies that uphold truth, justice, freedom, liberty and peace for all. Voting is a key opportunity to let our voice be heard. It is not possible to overstate the importance of turnout.  Indeed, as every vote counts, we urge every voter to vote and be part of shaping our common future. Human rights are an integral part of our society and voting is one way to advance it.

We urge all Canadian Bosniaks who are eligible, to register themselves and vote, to fulfill their civic and moral duty and vote on October 19th, 2015.

Do not give up your power. Every vote does count. Make your vote count on Election Day!