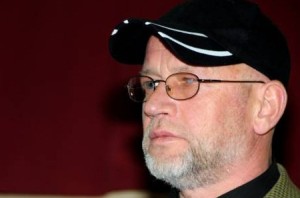 Bosnian emigration and Diaspora, which was moved in over 110 countries across the globe strongly condemns the shameful verdict of the High Court in Bijelo Polje against Čikić Ibrahim, who is the victim of prolonged Crime of Genocide ( know for famous Montenegrin police operation , codename “LIM”).

The High Court condemns Čikić to pay investigative of prison warden in Bijelo Polje Luki Bulatovic and Dr. Tomi Karišik 4000 Euros in damages on behalf of “violation of honor and reputation” and “inflicting mental anguish!”

Ibrahim Čikić was the victim of staged political judicial process from 1994. At this time, the police carried out a brutal campaign called “Lim” where 13,500 Bosnians went through police torture of the that time Federal Republic of Yugoslavia (Serbia and Montenegro) and the entire leadership of the parliamentary SDA, namely 45 of them were arrested, bringing the Bosnian people on their knees to experience a total political and general dehumanization .”

“Ibrahim Čikić the most tragic figure from 1994, a complete invalid according to the findings of Belgrade and Berlin ophthalmologist (“permanent loss of vision 100%”)also in that time he was indicted for “planned sniping from the tower of the church of St. Peter by poor Serbs! “. Police brutality and inhuman treatment of then Montenegrin authorities and the prison commander from Bijelo Polje caused “severe concerns of the US administration, regarding the violations of basic human rights of Bosnians in Serbia and Montenegro, “especially emphasizing Čikić case.

The preamble of the Dayton Peace Agreement, the President of the Republic of Bosnia and Herzegovina Alija Izetbegovic insisted on the release of the leaders of the Party of Democratic Action (SDA) and gave no measurable contribution to the completion of this political process.

Mr. Čikić in 2008 with the organization “Youth Initiative for Human Rights Montenegro” has issued a “documentary” book “Where the sun does not shine” which has been acclaimed by the citizens and the NVO sector, local intellectual and beyond ex-Yugoslav public. Book of Ibrahim Čikić is awakened and broke away from oblivion darkest period of recent Montenegrin history and several international experts for Research of Crimes and Genocide called this “first rate indictment against high-Montenegrin war regime!”

We learned that at the same time Mr. Čikić repeatedly insisted for years urging the Supreme Public Prosecutor to investigate the allegations from his book and to open an investigation into the police action “Lim.”

In order to reduce the severity of the charges set out in the book” Where the sun does not shine “the current regime organizes part of the repressive state apparatus, embodied in the commanders and prison doctors of criminal and civil cases in which third-rate characters from the book are seeking 120,000 Euros in damages for “mental anguish “.

After seven years of abuse of a corrupt judiciary, Montenegrin judiciary brings scandalous partially enforceable judgment, which the victim Ibrahim Čikić for publicly reveling memories in his book, has to pay the warden and the prison doctor 4000 euro’s!

We appeal to your conscience, to seek further information on case of Ibrahim Čikić and push to annul this shameful verdict.

At the same time, we invite you to get up in the protection of fundamental human rights of disabled Ibrahim Čikić. Also, encourage or invite the Chief State Prosecutor of Montenegro to hold a promise that he has manifested in a statement to the NT News, to initiate legal mechanisms and finally investigate the allegations of Čikić books and opened an investigation into the police action “Lim”, to put finally most of responsible from political and police officials on trial bench, which was written in a statement of the Bosnian Diaspora in the US, Canada and EU countries that have signed: