Skip to Content
Home English Press release regarding the brutal murder committed against the 32 year old Bosniak from St. Louis. 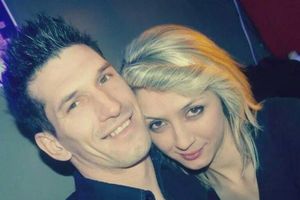 The Congress of the North American Bosniaks (CNAB) and the Institute for Research of Genocide Canada (IGC) hereby express extreme sadness and deep concern about the brutal murder of the thirty-two year old Zemir Begic in St. Louis, State of Missouri, home of the largest Bosniak community in the United States.  Many Bosniaks, who were exposed to all forms of genocide and ethnic cleansing during the 1990’s war, left their homeland and settled down in St. Louis where they wanted to start a new life, looking for peace and equal opportunity for their families.

CNAB supports all Bosniak Americans and all other friends of their community in St. Louis, who took to the streets conducting peaceful protests and demanding justice, peace, and security of their community through increased police patrols.

According to witness’ statements, the attackers were teenagers of the Afro-American and Hispanic background. It is possible that this attack was racially motivated by the unfortunate violent protests in the nearby city of Ferguson.

CNAB and IGC will appeal to the St. Louis police department, mayor’s office, and the governor of the State of Missouri to increase the security measures for  protection of Bosniak American citizens of St. Louis, who as previously mentioned, were victims of genocide in their homeland of Bosnia and Herzegovina. This 60,000 people strong community has worked hard to revive the distressed communities of St. Louis, becoming fully integrated and peaceful, productive citizens of the beautiful American multicultural society.  Furthermore, we appeal to the authorities to conduct a thorough and efficient investigation of this brutal crime, and strongly punish the perpetrators of this barbaric act of violence to the fullest extent of the law.

We offer our deepest condolences to the family of the deceased Zemir Begic, with the prayers to The Almighty to grant Zemir peace and place in Paradise, as well as patience and justice to his loved ones during these difficult times.