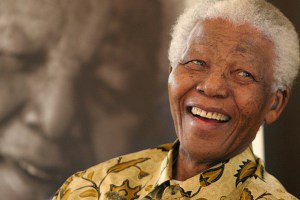 Nelson Mandela, one of the greatest statesmen and fighters for human rights, racial equality, democracy and freedom died on Thursday, December 5, 2013 at the age of 95.  On behalf of the Congress of North American Bosniaks and the Institute for Research of Genocide in Canada, we express our deepest sorrow and condolences to the family, relatives, and Madiba’s South African nation for whom he fully dedicated his life, sacrificed his freedom and livelihood, and made us understand the true meaning of reconciliation.

Mr. Mandela was not only an inspirational leader through his words, but led the way with his actions, never asking for the spotlight, but was beloved nevertheless and recognized for his selfless dedication and sacrifice by receiving one of the greatest awards in the world, the Nobel Peace Prize in 1993.

Mr. Mandela once said   “No one is born hating another person because of the color of his skin, or his background, or his religion. People must learn to hate, and if they can learn to hate, they can be taught to love, for love comes more naturally to the human heart than its opposite.”

As survivors of war and genocide in Bosnia and Herzegovina, we continue to be inspired by the example of Mr. Mandela in his fight against apartheid and injustice, but also by his abilities to bring the country together.  Both examples are of extreme need in Bosnia today, where half the country is subject to apartheid like regime and laws that openly discriminate against those who are not Serbs.  We are also in need of Mandela’s exemplary leadership to bring about peace through justice and reconciliation, for the good of all the people of Bosnia and Herzegovina.

Madiba, in the name of North American Bosniaks we thank you for everything you have done for humanity. May your spirit live on and your shining examples continue to inspire us to work for the better future and a better world for our children.