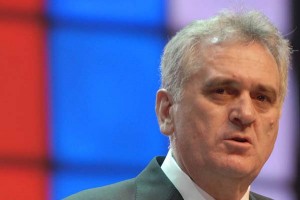 The Congress of North American Bosniaks (CNAB) along with the Institute for Research of Genocide and the Advisory Council for Bosnia and Herzegovina (ACBH) condemn the recent comments made by Serbia’s new right wing radical president, Tomislav Nikolic where he denies the genocide that occurred in Bosnia and Herzegovina (BiH). President Nikolic, a Slobodan Milosevic ally and successor of Vojislav Seselj – former leader of the Chetnik movement in Serbia who is currently held at The Hague for war crimes that he committed in BiH and Croatia, won Serbia’s presidential elections on the promise of solving Serbia’s economic problems and stating that Serbia would not waiver from its path towards the EU. Undoubtedly, the denial of the Srebrenica genocide and calling Vukovar – a town in Croatia that was bombed by the Serbian army in the 1992 war a “Serb town” clearly outlines President Nikolic’s policy towards BiH, Croatia and the EU.

Both the International Criminal Tribunal for the former Yugoslavia (ICTY) in The Hague and the International Court of Justice (ICJ) ruled that genocide not only occurred in Srebrenica but also in other parts of BiH. Denying that genocide occurred in BiH and that Serbia led and committed aggression against its neighbors does not lead to reconciliation and long lasting peace in the region. The aforementioned statements by President Nikolic are in line with the contentious attempt by Serbian political leadership and academic establishment to conceal the truth about Serbian role during the World War II and wars in the Balkans in the 90’s. Serbia continues to conceal the systematic genocide that Serbs committed against several peoples including the Bosniaks, Jews and Croats and to openly endorse the fascist ideology that is embodied in Chetnik’s movement. This movement – comprised of Serbian fascist and ultra-nationalistic military organizations collaborated with the Nazis and targeted Yugoslav Partisans and non-Serbs living in Serbia and BiH for extermination during World War II. Under Draza Mihailovic’s command, the Chetniks collaborated with the Axis powers and committed horrendous war crimes and crimes against humanity against Bosniak and Croat civilians living in Serbia and BiH.

The current political path of Serbia should stand as a warning to the western world that has been built on democracy and the rule of law. Until Serbia acknowledges and apologizes for the war crimes that it has committed and pays reparations just as other aggressors in the past have done, there will be no peace or reconciliation in the Balkans and no moving forward. We call upon the BiH government to send an official reprimand note to the Serbian government and to freeze diplomatic relations with Serbia.