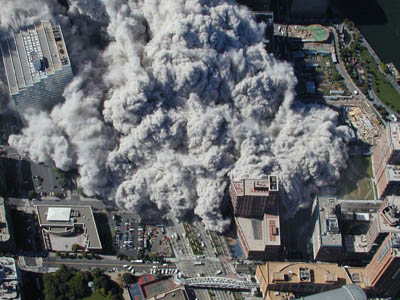 Today marks the 10th year of the 9/11 terrorist attacks, what represents one of the most senseless and devastating crimes known to modern civilization, when nearly 3,000 innocent people were killed by terrorists who hijacked three airplanes and used them as missiles to carry out their attack against the United States and its citizens.

On this sad day, CNAB remembers and honors the victims and hopes for a future without terrorism, aggression, genocide, and war. As victims of war and genocide, we know what it is like to lose our loved ones and what can happen when an ideology of hatred goes unchecked.

Just like we remember the victims of the Bosnian genocide, we hope that doing so will ensure that we prevent such acts in the future, by speaking out against all forms of  hatred and promoting peace and tolerance.

We condemn all forms of terrorism, and acts of aggression, especially those done in the name of God or  religion.   We believe that the best way to honor the victims is to work to promote peace and tolerance in the world, but also to bring all those responsible to justice.