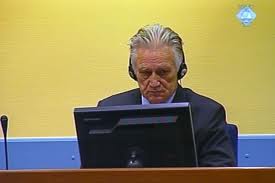 The Congress of North American Bosniaks (CNAB) welcomes the news of the United Nations tribunal in The Hague regarding the conviction of the former head of the armed forces in Serbia, General Momcilo Perišić for crimes against humanity and war crimes against civilians during the 1990s in Bosnia and Croatia, including in the cities of Sarajevo and Srebrenica. This is another victory for justice. We hope it will bring some peace to the victims of the Serbian aggression on neighboring countries.

The Court ruled that “under Article 7(1) of the Statute, General Perišić is charged with aiding and abetting war crimes and crimes against humanity perpetrated in Sarajevo and Srebrenica, Bosnia, between 1993 and 1995 by the Army of Republika Srpska, known as the VRS.” It is an evidence of the Serbian government involvement and support for war and crimes committed in the name of Greater Serbia. Serbia must eventually accept its responsibility for role in the genocide and aggression against the sovereign nation of Bosnia.

We hope that the other war criminals, including Radovan Karadzic and Ratko Mladic will be swiftly prosecuted and convicted so that justice will be served and truth preserved regarding the aggression on Bosnia and Herzegovina and the genocide against the Bosniak people.