Skip to Content
Home English Joint press release by CNAB, IRGC, ACBHO, and BAGI regarding the arrest of Goran Hadžić 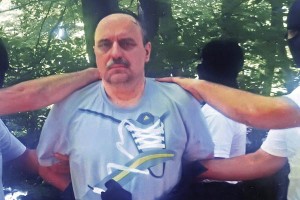 The Congress of North American Bosniaks (CNAB), the Institute for Research of Genocide Canada (IRGC), the American Institute for Genocide and Education (BAGI) and the Australian Council of BiH Organizations (ACBHO) welcome the news of the arrest of Goran Hadžić in Serbia the last high profile war criminal who was at large for more than seven years, accused of crimes against humanity and violations of the laws rules of war established by the Geneva Convention.

Twenty years after the beginning of the wars of aggression and the disintegration of Yugoslavia, Hadzic’s arrest is another significant milestone in the history of the International Criminal Tribunal for former Yugoslavia (ICTY). The arrest of Goran Hadzic is also a significant step that can bring about justice to the victims of war crimes and crimes against humanity in Croatia.

KBSA, IRGC, BAGI and VBHOA once again caution the UN Security Council, for the sake of a better future of humanity and civilization and in the name of the truth about crimes and justice for the victims of these crimes, to provide sufficient time and resources to the ICTY to fully conduct the trials of Goran Hadžić, Ratko Mladić and Radovan Karadžić in accordance with the standards of international justice.

We also urge the authorities in Bosnia and Herzegovina to fully carry out the investigation and prosecution of all other war criminals in accordance with the law and the judicial powers of the War Crimes Chamber established by the Court of Bosnia and Herzegovina. We especially point out the importance of continuing relentless search for war criminals that are at large all over the world and applying international extradition request warrants bringing them to face justice.

Finally we want to underline that it is very important that the war criminals are held fully accountable for their actions as the only way to lasting peace and reconciliation in the region of former Yugoslavia.