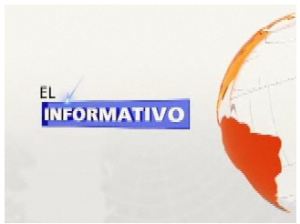 Haris Alibasic, MPA, President of CNAB Board of Directors, took part in NTN24 program Zoom a la Noticia, on May 26, 2011 at 10:45 pm EST. NTN24 viewers benefited from the information he provided on the issue of the arrest of the war criminal Ratko Mladic.

On the question of the EU accession for Serbia, and whether the arrest of Ratko Mladic should enable Serbia to get closer to entry to Serbia, Mr. Alibasic reaffirmed the position of the Congress of North American Bosniaks, that:

It is important that the arrest of war criminal Ratko Mladic is not used for political gain by Serbian and Bosnian Serb politicians to obtain concessions from the international community, particularly the European Union. These arrests are only a long overdue obligation by the Serbian government but the process of accountability and long term stability must not stop here. We demand that the following steps be taken to further peace and long term stability in the region

– Serbia must revoke all extradition requests of Bosnian citizens, which are baseless extraditions which aim to spread equate aggressors and civilian victims. There can be no peace or reconciliation in the region until Serbia accepts full accountability for its actions without passing the blame to others.

– Serbia must stop all transgressions of sovereignty against Bosnia and Herzegovina. The Serbian government continues to support Serb nationalist rhetoric in Bosnia and Herzegovina, indicating that its long term aspirations toward Bosnian territories are still part of the national agenda.

We believe that Mladic has been hiding in Serbia for 16 years which would be impossible without knowledge of Serbia government or without direct support. While the arrest of Mladic is the positive step, it is just one step, and it does not absolve Serbia and Republika Srpska  of the sole responsibility for the aggression and genocide.

Just as Germany accepted responsibility for the Holocaust, Serbia must accept its responsibility for its role in the genocide and aggression against the sovereign nation of Bosnia. Unfortunately we see with protests in Serbia supporting Ratko Mladic that the hateful nationalistic rhetoric which caused four wars in the Balkans, still exists and causes pain and suffering. Peace and reconciliation cannot be accomplished without the acceptance of responsibility, not only by the Serbian government and the politicians in Republika Srpska, but also by the Serb people themselves.

On the question how the Bosniaks in our community received the news of the arrest of the war criminal, Ratko Mladic, Mr. Alibasic stated the following.

Bosniaks in the United States and Canada welcome the news of the arrest of the war criminal, Ratko Mladic. As Radovan Karadzic’s right hand man he commanded the Bosnian Serb army in conducting systematic campaigns of genocide, crimes against humanity and indiscriminate destruction in Bosnia and Herzegovina, against all non-Serbs. These war crimes resulted in genocide against the Bosniak people and the mass murder of innocent civilians, including children, women and elderly on a scale not seen since the Holocaust in Europe, with over 100,000 dead civilians, 50,000 raped women, thousands of sacred and historic monuments destroyed, and more than a million displaced from their homes. Gen. Mladic, who has been hiding for 16 years, directly commanded, as the general of the Main Staff, the Bosnian Serb army during the invasion of UN “safe area” Srebrenica in July 1995, resulting in the genocide and murder of more than 8,000 Bosniak civilians and expulsion of more than 30,000 others. Radovan Karadzic, currently on trial at the Hague war crimes tribunal authorized the attack on Srebrenica. The arrest and trial of both will hopefully give some peace to the families of those who were killed and whose lives have been destroyed.

I witnessed the destruction of my homeland by Serbian and Bosnian Serb paramilitaries. I saw my home burn, my grandparents’ homes, my entire hometown was destroyed, and 50 civilians killed in a single day. My father spent 20 months in Serbian run concentration camps. I spent 4 years as a refugee before being able to visit my destroyed home. The arrest will hopefully bring closer to those who were affected

However, this will be only be possible if Ratko Mladic is swiftly extradited to the International Criminal Tribunal for the Former Yugoslavia (ICTY) and swiftly prosecuted and convicted so that justice will be served and truth preserved regarding the aggression on Bosnia and Herzegovina and the genocide against the Bosniak people. So again, while this is the welcome news, we must be encouraged that the justice and conviction will be swift, after all Mladic was hiding for 16 years. We must not allow the mockery of the Court as was the case

On the attempt by a guest journalist in studio, Mr. Ricardo Angoso to equilize the blame on all sides during the war and aggression in Bosnia, Mr. Alibasic responded with the statement that:

The evidence of Serbian war crimes and atrocities is overwhelming. It is clear who the aggressor and who the victim was, the Serbian Army and its paramilitary forces were the aggressors. During the war, Bosniak controlled cities were under siege. Serbs committed at least 95 per cent of all war crimes in the Bosnian war, according to extensively documented evidence. Presently, there are four legal judgments in which genocide was proven to have happened in Bosnia, other than Srebrenica.

On the question about the effectiveness of no-fly zones, Mr. Alibasic stated the following:

No fly zones in Bosnia and Herzegovina were too narrowly defined and too restrictive, and came too late for over 100,000 civilian casualties. No fly zones should have been followed by a direct force against the aggressors on the ground, which happened at the very end of the war in 1995, when NATO forces destroyed the military installations of the Serb Army. And even that would have not been accomplished without the orchestrated efforts of the ground forces, in this case the Bosnian Army which liberated back those territories occupied by Serb forces from 1992. We should remember that Bosnia and Herzegovina had an arms embargo imposed by the United Nations, even though it was a sovereign nation fighting against the aggression.

For his closing statement, Mr. Alibasic stated the following:

The war in Bosnia and Herzegovina was a direct cause of the nationalistic policies of Slobodan Milosevic. He caused four wars in the Balkans. It was a human tragedy. Unfortunately there are still those who deny what happened in Bosnia and try to dismiss any responsibility. Calling the war in Bosnia anything but aggression and genocide is a shameful attempt to rewrite history and recreate facts.