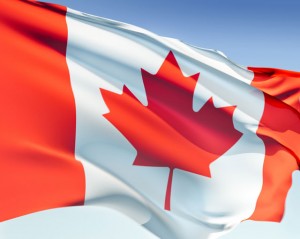 Dear All,
The latest, current statements from Milorad Novkovic, president of the higher courts and prosecution board, once again opened a Pandora’s Box – or more accurately – ‘the hunt for war criminals in Bosnia and Herzegovina’. Mr. Milorad Novkovic estimates there to be approximately 1600 outstanding war crime cases in Bosnia and Herzegovina and determines that the prosecution of those cases will take an estimated fifteen years. Novkovic confirmed that Bosnia and Herzegovina’s ‘hunt for war criminal strategy’, adopted two years ago, now faces tremendous material, financial shortcomings in tandem with inadequate space in which to conduct such imperative trials and all other business associated with the same.
II
With all due respect to Mr. Novkovic, we now draw pertinent, urgent attention to the fact that he specifically focuses on outgoing problems and their consequences, rather than on the causative factors and motivations of war crimes committed – while scrutinizing those suspected or accused of the worst war crimes as determined by humanitarian law in Bosnia and Herzegovina. As a result of a shift in focus regarding the extradition process of war criminals, the current system has the potential to simply disintegrate.

The primary reason for the higher court finding itself in this abysmal situation, is its apparent ignorance of the Rome Agreement, signed in February 1996. It was within this agreement that Bosnia and Herzegovina, Serbia and Croatia agreed to hand over all evidence of war crimes to the International Criminal Tribunal for former Yugoslavia in the Hague, prior to the arrests and prosecution of the accused. This agreement remained familiar and applicable as the policies of the Roman Agreement, with all three states following the declared extradition procedures between 1996 and 2005. During which time, The International Criminal Tribunal for Former Yugoslavia responded to all 1600 cases mentioned by Novkovic. Of the 1600 cases, ICTY prosecutors believe 850 cases had sufficient evidence to commence trials in the courts of Bosnia and Herzegovina.

Additionally, the ICTY stated that insufficient conclusive evidence was available to pursue prosecution in over 750 cases Sadly, Carla del Ponte – former judge at the ICTY – transferred the mandate for further investigation of war crimes in Bosnia and Herzegovina to Marinko Jurcevic in 2004.

In 2004, the higher court of Bosnia and Herzegovina saw results from the International Criminal Tribunal for Former Yugoslavia. The state prosecution found that in over 800 of the cases brought, the guilty were Serbian and Croatian, while in 50 cases the guilty were Bosniaks. These facts were unpalatable to Serbian and Croatian politics. As a result, a review was conducted of all 1600 cases before the ICTY – under the instruction of Marinko Jurcevic.

Serious problems of this nature have evolved to become more frequent, since Bosnia and Herzegovina became hostage to Karadjordjevo’s judcial system.

Instead of prioritising the focus on the 850 cases, the prosecution of Bosnia and Herzegovina has demanded another investigation of the cases that the International Criminal Tribunal for former Yugoslavia carefully reviewed and investigated for nine years. Bosnia and Herzegovina did not need and does not need to create a strategy when it comes to war crimes. The only strategy that Bosnia and Herzegovina must focus on is the prosecution of the 850 cases that ICTY sees as relevant and crucial. For over five years now there has been a delay in the Bosnian courts to pursue identified war criminals – deemed crucial by the ICTY for all these years. The country’s strategy has been to ‘buy time’ instead of hunting the war criminals. For this, it is apparent that Marinko Jurcevic will receive approval from his political allies for damages he has caused thus far.

International Criminal Tribunal for Former Yugoslavia has confirmed with all the relevant and pertinent evidence presented thus far, that Serbia and Croatia are absolutely responsible for the genocide committed in Srebrenica. Moreover, the aggression committed by Serbia and Croatia on the sovereign and independent Republic of Bosnia and Herzegovina, was perpetrated by extremist Serb and Croatian politicians, police and military forces. Via a series of properly transparent trials, it has been confirmed that Radovan Karadzic is responsible for the genocide carried out in Bosnia and Herzegovina.

Other individuals, such as Jovica Stanisic, Momcilo Perisic, Stojan Zupljanin, Jadranko Prlic, and the so called “Sestorke“ from the “Croatian Republic Herceg Bosna“ are also equally responsible for war crimes. If we compare the work of the International Criminal Tribunal for Former Yugoslavia and the work of the higher court in Bosnia and Herzegovina, it is clear that the million pages of evidence collected in the last 16 years continue to be “Dead words on paper“. The prosecutions in the Bosnian court have only sentenced individuals who committed genocide in Srebrenica. Through earlier and current prosecutions before the ICTY – which are likely conclude in approximately 15 months – with the exception of the trials of both Radovan Karadzice and Vojislav Seselj. – more than a million new documents have been presented. At this time it is worth mentioning the trial of Momcilo Perisic, who is also accused of committing genocide in Srebrenica. In his trial over 200 new documents have been presented and can become crucial for the trial against Serbia and Monte Negro for genocide. The document named “Drina“, presented at Momcilo Perisic’s trial is the most important document to date. In 1993 Slobodan Milosevic, Zoran Lilic, Momir Bulatovic along with Momcilo Perisic and Ratko Mladic signed a document that discusses a plan of a Greater and united Serbia.

Thousands of documents of evidence have been presented in the cases of Jovica Stanisic and Freni Simatovic – and – Radovan Karadzic, who is expected to be sentenced for genocide in Srebrenica, in tandem with genocide conducted in all parts of Bosnia and Herzegovina. Through the proper legal management and pursuance of these cases, there lies the possibility for Bosnia and Herzegovina to prosecute Serbia and Montenegro for genocide within the International criminal court. In addition, it is necessary to actualize Dayton’s, territorial, national and social structure of Bosnia and Herzegovina. It is well known that the ICTY provided the Bosnian prosecution with 18 unclear probes (17against Serbs and Croats and 1 against Bosniaks); in addition to the 850 previously defined cases. It is quite possible then, that ‘history’ will only report the facts that the International Criminal Tribunal for Former Yugoslavia concluded, even though it is known that the ICTY mandate is restricted, The last example, is the trial of Gojko Klickovic and his collaborators, for the crimes committed in the region of Bosnian Krajina. The decisions of the court of Bosnia and Herzegovina is not only an abasement for the victims but also for the ICTY and all its processes. To uphold the idea that in the region of Bosnian Krajina, there is no way of knowing who attacked who and that Bosniaks voluntarily fled after the sentencing of Radoslav Brdjanin, Momcilo Krajisnik and Biljana Plavsic in the ICTY is a fraudulent farce presented by the court of Bosnia and Herzegovina.

The ending process at the International Criminal Tribunal for former Yugoslavia is presented as an imperative. It is clear that the United Nations Security Council is placing tremendous pressure (not only financially) on the ICTY, with the aim of shutting it down as soon as possible. During the next two years, the judicial structure in Bosnia and Herzegovina must be strengthened. The Priority lies in preventing the disintegration and collapse of the jurisdiction surrounding the cases of war crimes in Bosnia and Herzegovina.

APPEAL FROM THE INSTITUTE FOR RESEARCH OF GENOCIDE- CANADA:

Bosnia-Herzegovina contains three branches of government – the legislative, executive, and judicial branches that have both the authority and the responsibility of ensuring the wishes of the voting public are acted upon. The state of Bosnia-Herzegovina is made up of institutions that intrinsically suppress the wishes of the greater part of the voting public. Although the Institute for Research of Genocide – Canada does not regard the current forms of institutions – that were forced upon the Bosnian people following the referendum on independence held in 1992, as being appropriate – the institute does recognize that for the time being there are no alternative mechanisms by which the problems we currently face can be adequately addressed. Based on that which has already been stated, the Institute for Research of Genocide-Canada calls for the following actions to be taken:

1. We call upon the High Court and Prosecution Council of Bosnia-Herzegovina together with and specifically Mr. Milorad Novkovic. to immediately commence work on redefining the current national strategy in order to prioritize the findings of the International Criminal Tribunal for the former Yugoslavia (ICTY). More specifically we call on them all to prioritize the 850 cases that the ICTY classifies by the letter “A”.

2. We call upon Milorad Barasin – chief prosecutor of Bosnia-Herzegovina – to prioritize the 850 cases that the ICTY classifies by letter “A” which are also in accordance with Roman Agreement guidelines.

3. We call upon the Tripartite Presidency and the Council of Ministers of Bosnia-Herzegovina to immediately produces a pertinent, workable strategy to secure funding for the work of the Prosecutor’s Office and the High Court of Bosnia-Herzegovina – to ensure they have adequate resources to bring all those responsible for war crimes, crimes against humanity, and genocide to justice.

Emir Ramic
Director of the Institute for Research of Genocide Canada