Skip to Content
Home English In Jail or on the Run, Karadzic and Mladic Could Still Win Bosnia’s War 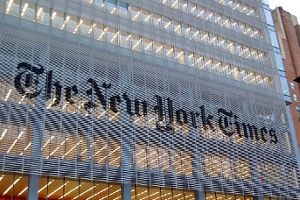 As my colleagues Dan Bilefsky and Doreen Carvajal report, European countries have apparently reduced the pressure on Serbia’s government to arrest Ratko Mladic, the Bosnian Serb general still wanted on war crimes charges by an international tribunal in The Hague for his part in the massacre of 8,000 men and boys after forces under his command seized the Bosnian town of Srebrenica in 1995.

Even if Mr. Mladic does eventually join his wartime political leader, Radovan Karadzic, in The Hague, though, some close observers of the Balkans have argued that the extreme nationalist ideology the two men used to justify the brutal campaign of ethnic cleaning carried out by their Bosnian Serb Army and allied paramilitary groups, did ultimately rout the forces of tolerant multiculturalism in Bosnia.

That is partly because, as the Slovenian philosopher Slavoj Zizek explained in a 2008 interview with Euronews in Sarajevo (above), international mediators handed victory to the extreme nationalists in Bosnia by essentially accepting their radical argument that the country’s three main communities, of Bosnian Serbs, Bosnian Croats and Bosnian Muslims — which were so tightly interwoven before the war that about one-third of marriages were mixed — were so ethnically and culturally different that they could not possibly live together in peace.

Despite decades of peaceful coexistence that seemed to prove the contrary, and the fact that almost everyone in all three Bosnian groups actually shares a single Slavic ethnicity, European and American diplomats looking for a way to stop the bloodshed endorsed the idea that Mr. Karadzic and Mr. Mladic were, as they claimed, engaged in an age-old clash of civilizations by agreeing that partition along ethnic-religious lines was the only possible solution.

During the 2008 Sarajevo film festival, Mr. Zizek told Euronews: “When people come here, a typical multiculturalist would say, ‘Oh, I want to understand how your are different.’ No. What you should understand is that fundamentally they are not different here.”

The true tragedy is that, as some intelligent Bosnian politicians pointed out, that Karadzic basically succeeded. His basic program was that a big part of Bosnia should be reserved — ethnically cleansed — for Serbs. This is what effectively happened, the Republika Srpska is 51 percent of the territory, they have less than 10 percent of others, non-Serbs. This was Karadzic’s program. So the irony is that — it’s like Caesar, you know: Caesar died, Caesarism won. For this, it’s too late. This is the hypocrisy: you condemn the guy, the project succeeded.

Mr. Zizek’s complaint was founded in the fact that the 1995 Dayton peace agreement that ended the war by dividing power among the country’s three main groups paid lip service to the idea of keeping the country in one piece, but it also enshrined in law the concept that Serb nationalists had a right to political control of the half of Bosnia they had all but emptied of non-Serbs through violent intimidation, rape and murder during the conflict.

It even remains possible that the ultimate political goal of the nationalist forces unleashed by Mr. Karadzic and Mr. Mladic, an entirely separate nation-state for Bosnian Serbs, could become a reality in the near future.

This month, voters in that ethnic Serb fiefdom inside Bosnia, known as the Serbian Republic, elected Milorad Dodik, a nationalist who has has repeatedly threatened secession, their regional president.

Mr. Dodik has in his favor the fact that, after the political settlement in Bosnia was reached and the Serbs were not allowed to secede — on the principal that borders must not be changed by force — NATO went to war with Serbia on behalf of an Albanian ethnic majority in its province of Kosovo. After that campaign, America and many European countries then decided to recognize Kosovo’s right to declare its independence from Serbia — in a territory that had, at least partially, been ethnically cleansed of Serbs.

The way the Dayton Accords divided political power in Bosnia along ethnic-religious lines — with a three-person presidency made up of one Serb, one Croat and one Muslim — also gave legal sanction to discrimination against Jews, Roma and other minorities who stayed in Bosnia through the worst of the fighting. After Dayton, they were barred by law from standing for the presidency or upper house of Parliament. Last year a leader of Bosnia’s Jewish community, Jakob Finci, who was also Bosnia’s ambassador to Switzerland, won a discrimination suit against the country he represented before the European Court of Human Rights.

For such a historic case, it was a remarkably short hearing — just three hours. The verdict, however, took months. Finally, on Dec. 22, it came: Excluding Jews, Roma, and other minorities from the presidency and upper house was declared to be discrimination. A no-brainer, perhaps. But such a system had existed for all these years in a country supposedly under international tutelage. The one judge who dissented warned that messing with the postwar settlement could spark new conflict. But the Dayton Accords were hardly a recipe for long-term stability and peace. Cyprus and Lebanon have similar political systems that exclude some minorities, and neither country can be described as peaceful or stable. Now, Bosnia will have to prove that equality works.

Then there is also the fact, in a post 9/11 world, the justifications of Mr. Karadzic and Mr. Mladic, who claimed in the 1990s that they were defending Europe’s Christian civilization, like their ancestors who fought the Turks centuries ago, have recently been embraced by anti-Islam culture warriors like Pamela Geller, who had led the opposition to a community center in Lower Manhattan that would contain a mosque.

As her former ally Charles Johnson pointed out recently, Ms. Geller postedan impassioned defense of Mr. Karadzic on her blog in July.

Ms. Geller seems not to be aware that Bosnia’s Muslims were, before the war, a largely nonreligious group and not at all the Islamist fanatics Serb and Croat ultra-nationalists pretended they were.

So completely has Ms. Geller accepted the fever dreams of Mr. Karadzic and Mr. Mladic that she began her post with a statement complaining that Sarajevo, the Bosnian capital that was previously home to large numbers of each of the country’s three biggest groups, is “now an entirely Muslim city, completely ethnically cleansed of non-Muslims.”

While it is true that the character of Sarajevo has changed from what it was before the war began in 1992, there are still Serbs and Croats — and Jews and Roma — who share the city with Muslims today. But more to the point, what Ms. Geller’s statement neatly overlooks is the main reason that Sarajevo is now home to more Bosnian Muslims than it was before the war: they are refugees who were driven out of towns and villages in the countryside by Serb and Croat extreme nationalists, men who were dedicated to making the vision of ethnic purity proposed by Radovan Karadzic and Ratko Mladic a reality.