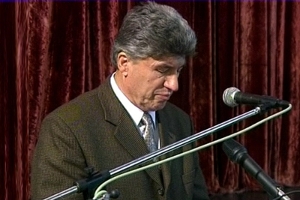 Congress of North American Bosniaks demands that the Serbian appeals court releases Bosnian citizen Ilija Jurisic, , who was unjustly sentenced to 12 years imprisonment for alleged “improper battlefield conduct” to defend Tuzla from the Yugoslav National Army (JNA) forces in Tuzla in 1992. Mr. Juric is a true patriot of the Republic of Bosnia and Herzegovina, who has courageously stood in defense of his homeland when it came under attack of Serbia and Montenegro.

His case is being used by Serbia as a political maneuver to equate the agressor with the victim in the agression against Bosnia, in an attempt to revise history and minimize the role of Serbia and Montenegro in the aggression on Bosnia and Herzegovina from 1992 to 1995 years. It should be kept in mind that the JNA units at this time were under constant control of Slobodan Milosevic and actively participated in the project of creating a “Greater Serbia”.