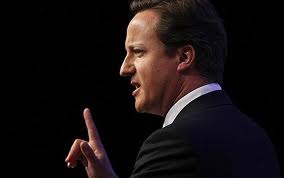 I am writing to you on behalf of Congress of North American Bosniaks (CNAB), which represents interests of more than 350,000 Bosniaks living in the United States and Canada, to commend your remarks on the 15h anniversary of the Srebrenica Genocide. In your remarks you call for justice and relentless pursuit of all those responsible, particularly the lack of urgency and pressure to arrest fugitives Ratko Mladic and Goran Hadzic. While many real war criminals are yet to be arrested, despite the multitude of broken promises, the Serbian government has been busy arresting innocent Bosnia and Herzegovina citizens, such as Ilija Jurisic, and making an extradition request for Ejup Ganic, who served as a member of Bosnia and Herzegovina Presidency during aggression on our homeland. On July 27th, the UK Court will make a decision regarding this request and we are confident that truth will prevail and that Mr. Ganic will be released a free man. However, this case is about more than freedom of a single person. It represents all that is wrong in the attitude and approach of Serbia towards its neighbors. It is nothing more but a shameful attempt to rewrite history so they do not have to accept full responsibility for the aggression on Bosnia and Herzegovina.

We are pleased that you indicated a closer interest of the British government in the Balkans region to help move Bosnia and Herzegovina towards memberships in NATO and European Union. The best path to accomplish long term peace and stability for Bosnia and Herzegovina is through full Euro-Atlantic integration and NATO membership. CNAB has repeatedly called for more involvement by the international community in stopping the current trend of genocide denial and revisionist history by the Serbian government and many representatives from Republika Srpska, smaller of the two entities in Bosnia and Herzegovina. We believe that this presents a serious obstacle to efforts for stability, peace, and reconciliation, because there can be no lasting peace without truth and justice. There must be unconditional acceptance of responsibility and punishment of all war criminals by Serbia in order to move forward in its quest for Euro-Atlantic integration. CNAB believes that a lot of work must be done by Serbia to gain the level of trust that is necessary for long term stability in the region.