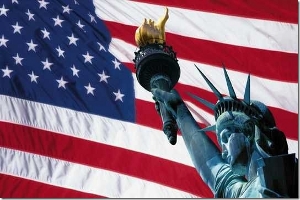 On this day, 234 years ago, American visionaries, inspired by the desire for freedom, justice, and prosperity, signed the Declaration of Independence, a document that serves as the single most cherished symbol of liberty in the modern era. On this Fourth of July we remember and appreciate the great achievements of the U.S., our adopted country and great ally of Bosnia and Herzegovina.

The U.S. actions in the Balkans have reaffirmed our confidence in the power of freedom and equality of all. We must remember that when the Bosnian people took to the polls to vote in the historic referendum for independence more than 18 years ago, it was the United States who were one of the first to recognize the new democracy into the international community. Following the bloody agression that ensued, it was also the American intervention and support of the Army of the Republic of Bosnia and Herzegovina that helped to end the war and stop the genocide against Bosniaks.  As we approach the July 4th Holiday and celebration of this great holiday, we remember and express gratitude to all men and women who gave their lives for freedom and democracy both in the U.S and Bosnia.