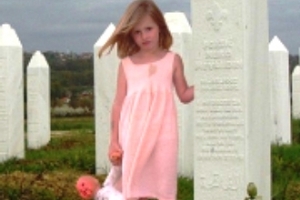 In honor of the victims of genocide and aggression, CNAB invites all individuals and organizations of good will, to work in their communities to commemorate the 15th Anniversary of the Srebrenica Genocide which occurred in July of 1995 in the Bosnian town of Srebrenica. The genocide occurred after the fall of Srebrenica on July 11, 1995 to the Bosnian Serb forces led by indicted war criminals Ratko Mladic and Radovan Karadzic.  The Bosnian Serb forces systematically murdered more than 8,000 Bosniak men and boys with the intent of eradicating the Bosniak population from Srebrenica and the surrounding villages.  This event has been classified as genocide by the International Court of Justice in several cases, in accordance to the definition of the crime in Article 2 of the U.N. Convention on the Prevention and Punishment of the Crime of Genocide.

We also call upon all Bosniak and pro-Bosnian individuals to petition their local and state governments to adopt resolutions commemorating the victims by declaring July 11 as Srebrenica Remembrance Day and the week of July 11, Bosnia and Herzegovina Tribute Week. Numerous resolutions have already been adopted by the United States Congress in 2005, as well as various States ( Michigan, Illinois, Missouri) and many city and county governments throughout the United States and Canada. Furthermore, the European Parliament adopted such resolution in 2009 commemorating the victims of the genocide.

It is extremely important that we continue to remember the victims and talk abou the horrible events that made this the worst atrocity in Europe since World War II and the Holocaust. By remembering the victims, we will ensure that we honor them by spreading awareness of genocide cases throughout the world so that what happened in Srebrenica will never happen again, anywhere in the world.

We must also remember the entire country of Bosnia and Herzegovina whose vote for freedom and democracy was met by brute force, aggression, and hatred. Bosnia survived the Serbian aggression but its democratic structure remains fragile. It is therefore imperative that we continue to show support for Bosnia so that it will continue strongly on its path to peace, stability, democracy and freedom for all of its citizens.

A sample resolution is available and attached with this invitation. Please share the news and the idea about this Resolution with your friends, work colleagues, and relatives and ask for their participation in commemorating the victims in any way.

On behalf of the CNAB Board of Directors