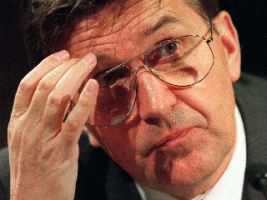 that continually shows that Serbia doesn’t recognize the sovereignty of Bosnia and Herzegovina and its citizens. Issueing the warrant on the basis under which Mr. Ejup Ganić, former member of the BiH Presidency, was arrested in London, is yet another confirmation of the Serbian bullish arrogance and attitude towards Bosnia and Herzegovina through the attempt to equalize the victim and the aggressor.

For CNAB it is unacceptable and incomprehensible that the state is the only one in history convicted of a violation of the International Convention on the Prevention and Punishment of Genocide has the right to call warrant for people who stood to defend their homeland and whose right to self-defense is enshrined in the Charter of Human Rights and all of the UN Charter and international conventions. Serbia has with this move shown that it is more interested in the destabilization of the situation in BiH than to face its own crimes and criminals whom she gave rise to and carefully guarding and keeping them within its own borders. One of them is in the Hague, just on the day of Mr. Ganić’s arrest, a trial started for kind of crimes not remembered in Europe since the Second World War.

Issuing warrants (and now the arrest of Mr. Ganić) for members of the War Presidency of Bosnia and Herzegovina is a direct attack on the sovereignty of Bosnia and Herzegovina, of its authorities, officials and citizens who were just performing their patriotic duty and obligation to defend homeland from attacks and aggression. The goal of such warrant and the arrest is not law and justice, but true political humiliation of the true victims and attempt to equalize the victim and the aggressor, which illustrates the most prominent political judgment case of Mr. Ilija Jurišić. The state of BiH must not allow Mr. Ganić or any other citizen of BiH to experience the same fate.

CNAB is requesting from the state authorities of Bosnia and Herzegovina clear and decisive response that should result in:

– Sending a protest note to the Government of Great Britain and seeking immediate release of Mr. Ganić

Brendan Simms said in his book The Darkest Moment: “Britain and the destruction of Bosnia (Unfinest Hour: Britain and the Destruction of Bosnia), published by Penguin Press described the negative role the British government played during the aggression on Bosnia-Herzegovina. The arrest of Mr. Ganić is put into doubt the intentions of Great Britain in and against the BiH.”

We call upon citizens and patriots of BiH, BiH and in the Diaspora to:

– in the states and cities where there is the Embassy or Consulate of Serbia (and Bosnia and Herzegovina and the UK-a) organize peaceful protests and from the protest send protest letters to the Serbian government and the UK, as well as a call to governments of countries and international and European institutions to stop the process of destabilization of Balkans, which is continuously implementing the official policy and the justice from Serbia.

– boycott products and services of companies with headquarters in Serbia until Mr. Ganić and Mr. Jurišić have not been released

CNAB believes that every crime must be punished, but does not accept the thesis that the criminals are those who were defending their lives and their homeland, especially if this thesis represents the state that doomed it, did nothing to prevent the crime of genocide, although it could have had.

Serbia will not experience catharsis by condemning bh patriots, that can only be achieved by condemning those who have in her name and on behalf of the Serbian people committed atrocities.