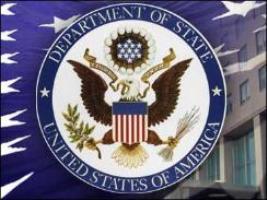 “While a referendum can be a legitimate mechanism in the right circumstances, it can be counter productive, and even provocative, when used to pursue a narrow political agenda,” the US embassy in Sarajevo said.

“The United States would consider provocative any referendum that threatens the stability, sovereignty or territorial integrity of Bosnia-Hercegovina,” an embassy statement added.

It also warned against “any question that would challenge the structures of the Dayton peace accords (which ended the 1992-1995 war), including the authorities and decisions of the High Representative,” a reference to the powerful international envoy to the Balkan country.

A push towards staging a referendum in the Bosnian Serb entity in the ethnically-divided Balkan nation has sparked fears that it could further deepen the rift between Republika Sprska and the Muslim-Croat Federation.

Post-war Bosnia consists of two highly-autonomous entities — the Serb-run Republika Srpska and the Muslim-Croat Federation. Each has its own government.

The Bosnian Serb parliament met earlier Tuesday to discuss amendments to the law on referenda that would remove obstacles for their organisation.

Under the current law, the Muslim and Croat minorities in the Bosnian Serb parliament’s upper house can effectively block a referendum with stalling tactics until a deadline passes but the new law would scrap time limits.

Bosnian Serb Prime Minister Milorad Dodik said recently his government wanted to hold a referendum on decisions by the top envoy Valentin Inzko, who Bosnian Serbs see as biased against them. The top envoy can impose laws and sack obstructive officials.

Dodik has often warned that he would call a referendum on independence for Republika Srpska if its autonomy were threatened.

Bosnian Serbs continuously refuse any strengthening of Bosnia’s central institutions, sought by the international community to make the country more functional, at the expense of their autonomy.