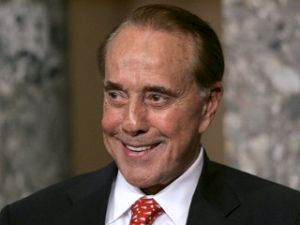 By Bob Dole — When it announced that it was giving the Nobel Peace Prize to Barack Obama last month, the Nobel Committee praised the president for his efforts on climate change. It also said in its citation that, with Mr. Obama now in office, a “multilateral diplomacy has regained a central position” and “dialogue and negotiations” are the preferred instruments for conflict resolution.

This commendation raises concerns for many observers, including me, who believe in American exceptionalism, and who agree with former Secretary of State Madeleine Albright that we are the “indispensable nation.” Preserving and defending our values at home and promoting them abroad are essential to protecting our national interests. Others—particularly opponents of the U.S.-led intervention in Iraq—disagree and welcome a correction to what they perceive as the zeal and excesses of the Bush administration.

Regardless of where you stand, it should be clear that multilateralism isn’t always the best approach and that the idea that the United States is merely one among many equal nations doesn’t take into account the unique role the U.S. can play in world affairs.

Nowhere is this clearer than in Bosnia, where, in the early 1990s, a country and its people were under attack and on the brink of destruction. As the situation deteriorated, the U.S. demurred, and Europe took ownership of the crisis. Speaking for the European Community, Luxembourg Foreign Minister Jacques Poos famously declared, “The hour of Europe has dawned.” Unfortunately, that was an hour of passivity and noninterventionism, and it turned into years of carnage and the worst European genocide since World War II. The slaughter ended only when the U.S. led a NATO military campaign to halt the violence.

Today, Bosnia is again under threat. This time the threat is not from the brutality and immediacy of genocide. Rather, it is a more subtle menace: the prospect of a state weakened to the extent that it dissolves; leaves its people in separatist, monoethnic conclaves; loses all hope for democratic development; and validates ultranationalism. This is happening not on battlefields, but at the negotiating table. It is happening because, rather than strengthening state powers and drawing the recalcitrant Bosnian Serbs back into Bosnia, representatives of European Union member nations led by former Bosnia chief negotiator Carl Bildt are walking back parts of the 1995 Dayton Agreement that had put an end to the three-and-a-half year war that had torn the country apart.

The proposal U.S. and European leaders are working on, which was recently presented to the Bosnian parties, is insidious in two ways. First, it proposes that almost all state property be given to the two ethnic-based entities in the country (Serbian and Federation, a coalition of Muslims and Croats). This would weaken the state and strengthen these entities. Slobodan Milosevic, the architect of the Bosnian genocide, had sought to do this very thing in the Dayton Agreement, but was rebuffed. Second, the proposal preserves “entity voting”—a provision in the Dayton Agreement that allows the Serbian parliamentary minority of 22% the power to veto almost anything in parliament they deem to be against their “entity’s interest.” Invoked by the Serbs hundreds of times, this veto has prevented Bosnia from passing basic laws regulating commerce and agriculture, and even generating tax revenue. On Oct. 14, the European Commission’s 2009 Progress Report on Bosnia identified “entity voting” as a key obstacle to Bosnia’s development. Yet European negotiators in Sarajevo are making no effort to alter or end it.

To the astonishment of many Bosnians, the U.S. supports the European plan. Like many throughout the world, Bosnians look to Mr. Obama with great hope. After all, his vice president, Joe Biden, had championed the removal of Milosevic in the 1990s. The new secretary of state is Hillary Clinton. Her husband, President Bill Clinton, intervened to stop the slaughter in Bosnia. One of Mr. Obama’s special envoys is Richard Holbrooke, a veteran diplomat who knows Bosnia better than almost anyone.

The Bosnians hope that, after years of incremental reform in their country, these experienced and knowledgeable officials will employ bold measures to normalize the Bosnian state and stabilize the region.

Instead, the Obama administration is joining the Europeans in a plan that does the opposite. The White House seems to think that empowering the Serb entity will make the Bosnian Serbs less likely to try to leave Bosnia and become part of a Greater Serbia. In fact, it will likely only embolden Serbian separatists. The current reform package will vindicate Bosnian Serb leader Milorad Dodik in his years-long, nationalist campaign to weaken and undermine the state of Bosnia and invite further instability.

Having been pulled back from the brink once by the U.S., Bosnia is now in dire need of another principled commitment to its survival and prosperity as a democratic state. I urge the Obama administration not to sacrifice it in the interest of multilateralism, dialogue, or another such tenet. Without a resumption of American leadership, Europe may deliver a coup de grâce to the Bosnian state.